Back in September, Apple released iTunes 12.7, which removed the App Store from iTunes on Mac and PC. In a semi about-face, the company has quietly released a new iTunes version that brings the functionality back for those who want it. 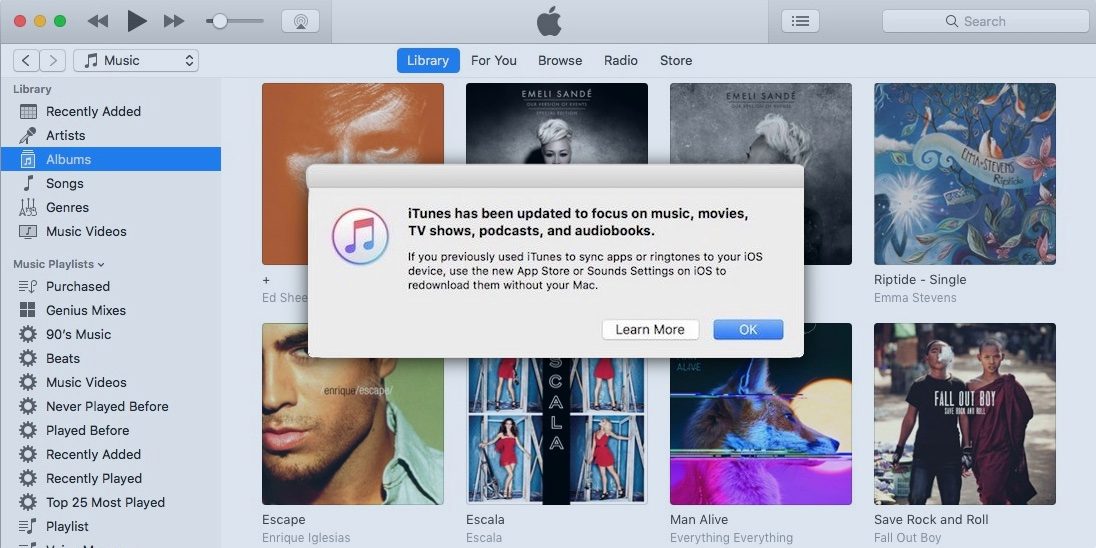 Last month, Apple’s iTunes update brought some key changes including the removal of app management capability. Apple said that the new iTunes focuses on music, movies, TV shows, podcasts, and audiobooks. Users can no longer browse App Store apps and install it on their iPhone using their Windows PC, they should rely on App Store app installed on their iOS devices.

As users spotted on Reddit on Monday, it turns out Apple has quietly released another version of iTunes (12.6.3) with the older features. The company says it is released this version because “certain business partners might still need to use iTunes to install apps.” Users report that this version of iTunes is working on individual computers just as fine.

“If you’ve already installed a newer version of iTunes, you can download this version of iTunes on your Mac, PC 32-bit or PC 64-bit and run the installer,” the description of 12.6.3 reads. “After installation is complete, you can continue to deploy apps with iTunes. You won’t be prompted to download new versions of iTunes after you install this version.”

Apple notes that iTunes 12.6.3 is unsupported, and that the company only provides assistance for the latest version of iTunes. The company suggests that enterprise customers rely on Volume Purchase Program, and the Apple Configurator for enterprise environments.

As noted on a new Apple support page, iTunes 12.6.3 installation packages are now available for Mac and PC users. Though Apple says these versions are for businesses, anyone can download them.