Apple Chief Design Officer Jony Ive has recently gone on the record in a new interview with the Wall Street Journal, sharing his insights on the Cupertino company’s new $5 billion USD campus as well as the pressure he felt “carrying Apple forward” after the late CEO Steve Jobs’ death. 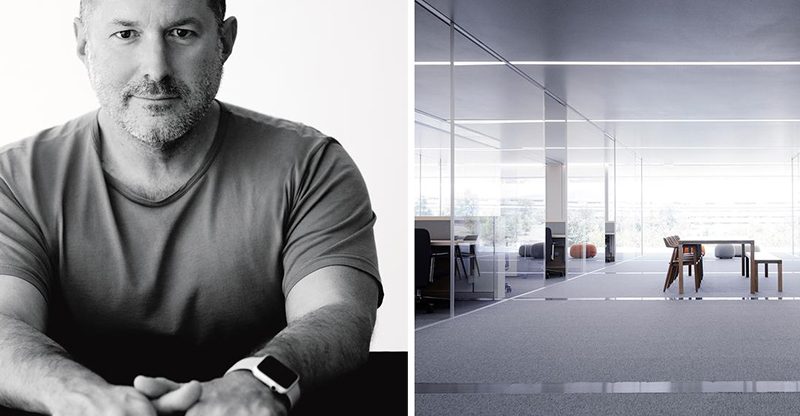 According to the exclusive interview, Ive has been integral to the planning, design, and execution of Apple Park, one of Steve Jobs’ visions for the company. When asked about how he felt about the progress the new headquarters is making, he seemed quite pleased.

“There’s the same rather strange process you go through when you finish a product and you prepare to release it – it’s the same set of feelings,” said Ive. “That feels, I don’t know, encouragingly healthy, because I would be concerned if we lost that sense of anxiety.”

In the early days of planning, Ive and Jobs shared “drawings, books, and created expressions of feelings,” says Steve Jobs‘ widow, Laurene Powell Jobs, who often witnessed the longtime partners collaborating. Some principles were a given, such as the belief that natural light and fresh air make workers happier and more productive.

Apple Park has taken years of planning, down to the design of pizza boxes to the anticipation of green space. For instance, when asked about an article claiming the construction of Apple Park has led to a tree shortage in the area, Ive rejects the notion.

“Ive takes offense at the idea that he hasn’t already thought of every detail during the years of planning Apple Park,” reads the report. “He scoffs at an article claiming that Apple contributed to a tree shortage in the Bay Area by buying up so many plants for the campus, ‘as if we’d got to the end of our project and we thought, Oh, we’d better plant some trees.'”

“Apple began working with an arborist years ago to source trees, including varieties that once made up the bountiful orchards of Silicon Valley; more than 9,000, many of them drought-resistant, will have been planted by the time the campus is finished.”

Other tidbits in the article? According to the WSJ, “Ive told [J.J.] Abrams that he had the look of the original Stormtroopers in mind when he designed Apple’s earbuds.”

Such is one of the thousands of details that went into the entire process of making Apple Park, Steve Jobs’ vision, a reality. Check out the full interview here.