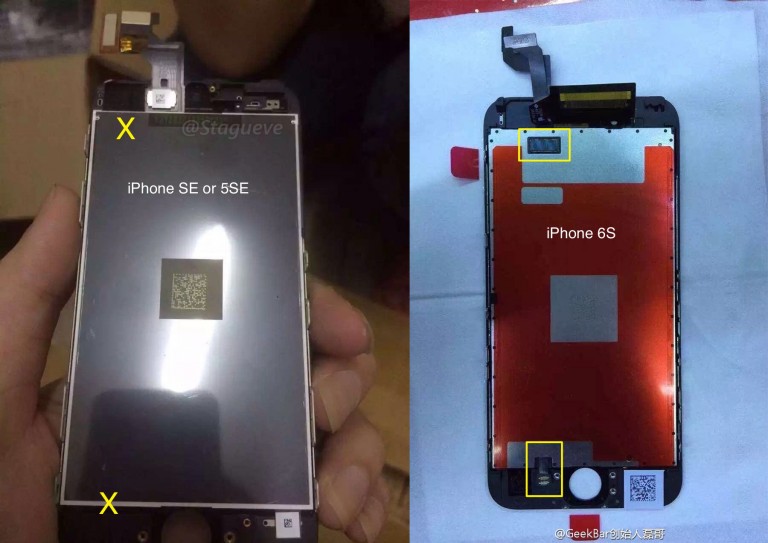 The first purported component leak for the so called iPhone SE has emerged via Nowhereelse.fr. The images claim to depict a screen assembly of the upcoming 4-inch iPhone.

Part leaks have been notably absent for the iPhone SE, despite rumours that the new device will launch in the middle of March, which is only three weeks away.

The new images seems to confirm that 3D Touch components are absent from the 4-inch device. This is consistent with recent rumours that suggest the 4-inch iPhone will incorporate Live Photo support, but not 3D Touch, which is considered a flagship feature for the iPhone 6s line.

The leaked images are said to be captured by a source that on “several occasions in the past proved to be reliable”. The iPhone SE is expected to be announced during a media event on March 21.

The iPhone SE will reportedly include an A9 processor, 12-megapixel rear-facing camera and NFC support for touchless Apple Pay transactions. The device could also feature 16GB and 64GB storage options, 802.11ac Wi-Fi, Bluetooth 4.2, and a 1,642mAh battery.