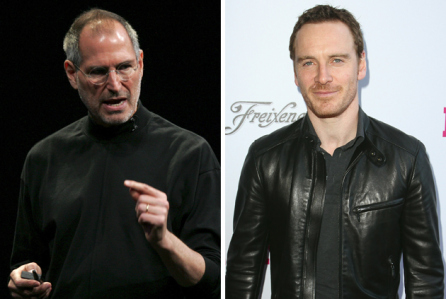 The Steve Jobs biopic is coming, despite Christian Bale’s withdrawal. The next actor lined for the movie is Michael Fassbender, a familiar face from X-Men, reports Variety.

Fassbender’s notable roles include Lt. Archie Hicox in Inglourious Basterds, Magneto in X-Men: First Class and X-Men: Days of Future Past, and David in Prometheus. He received the British Independent Film Award for Best Actor for his role as Bobby Sands in Hunger (2008), and three years later for his role as Brandon Sullivan in the movie entitled Shame.

Aaron Sorkin was certain that Christian Bale was the best actor to play Jobs, but Bale has reportedly exited the movie, so the team has opened talks with Fassbender.

If the two parties agree, the X-Men actor will play Steve Jobs alongside Seth Rogen, who will take the role of Apple co-founder Steve Wozniak.

Speaking with the Daily Beast, Aaron Sorkin revealed that his script is based on the Walter Isaacson biography and will be divided into three long scenes taking place backstage before three milestones in Jobs’ life and Apple’s history: the Mac, NeXT, and the iPod.