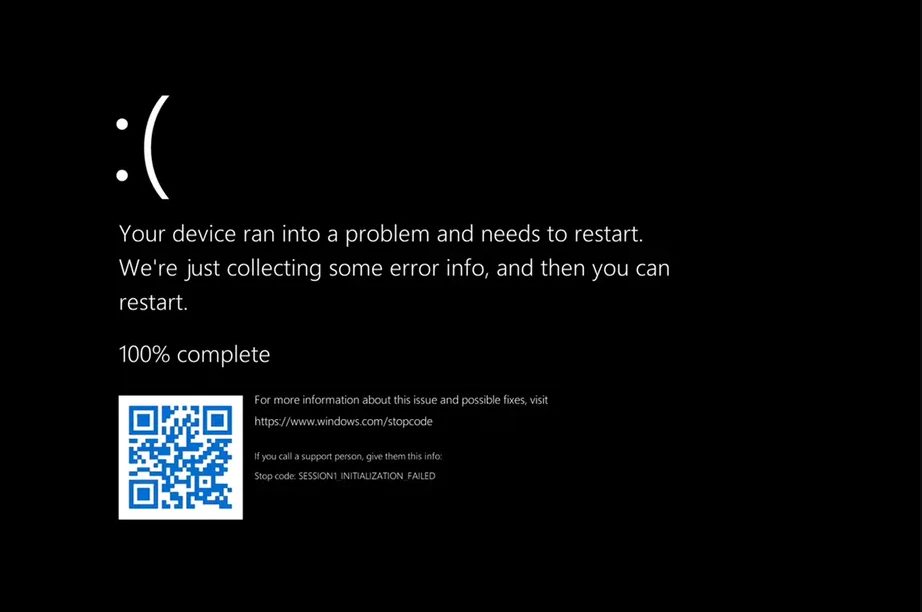 According to The Verge, Microsoft has switched out its famous Blue Screen of Death (BSOD) for a black one in Windows 11, possibly to complement the new black logon and shutdown screens in the upcoming iteration of the Windows Operating System.

The BSOD is Windows’ resident kernel error/bug check that is engaged whenever the OS experiences an unexpected shutdown or crash.

By creating a data dump of the circumstances surrounding the crash and displaying an error code for the issue that forced Windows to shut down, the screen also acts as a diagnostic utility that can be used to determine what went wrong and fix the underlying problem.

Microsoft has made a number of significant changes to the BSOD in recent versions of the OS: the screen was made more user-friendly and gained a large symbolic sad face with Windows 8 in 2012, and Microsoft added QR codes for troubleshooting steps in 2016.

However, this is the first time Microsoft has changed the colour of the screen since its introduction in Windows 3.0. Fortunately, changing the screen to black means that we can still go on calling it a BSOD (Black Screen of Death).

Shortly after an operational build was leaked online, Microsoft officially unveiled Windows 11 on June 24 during a live-streamed event. Windows 11 makes its way to PCs later this fall, bringing a complete design overhaul and new goodies for both users and developers.