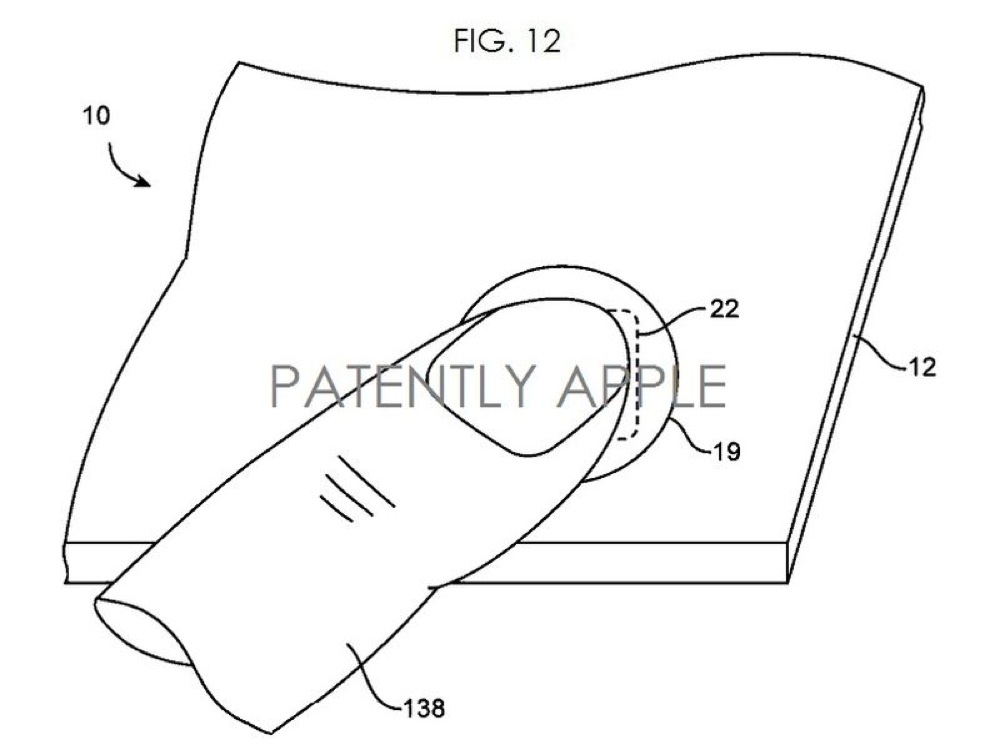 A new patent application discovered by PatentlyApple which was filed by Apple in Europe, reveals some amazing details regarding a fingerprint scanner with advanced integrated NFC circuitry built right into the Home button. The details of the filing strongly hint at the possibility of a re-designed Home button in the upcoming iPhone 5S, as also suggested by a recently leaked photo of the device with a mystery silver ring around the Home button.

The patent describes an “electronic device with shared near field communications and sensor structures.” According to the filing, the sensor will be a capacitive touch sensor or may be a fingerprint sensor that uses a conductive structure associated with a fingerprint electrode array to handle fingerprint sensor signals. The patent also discusses pairing biometrics with NFC to provide secure interactions involving wireless lock functions, wireless data syncing and security applications. 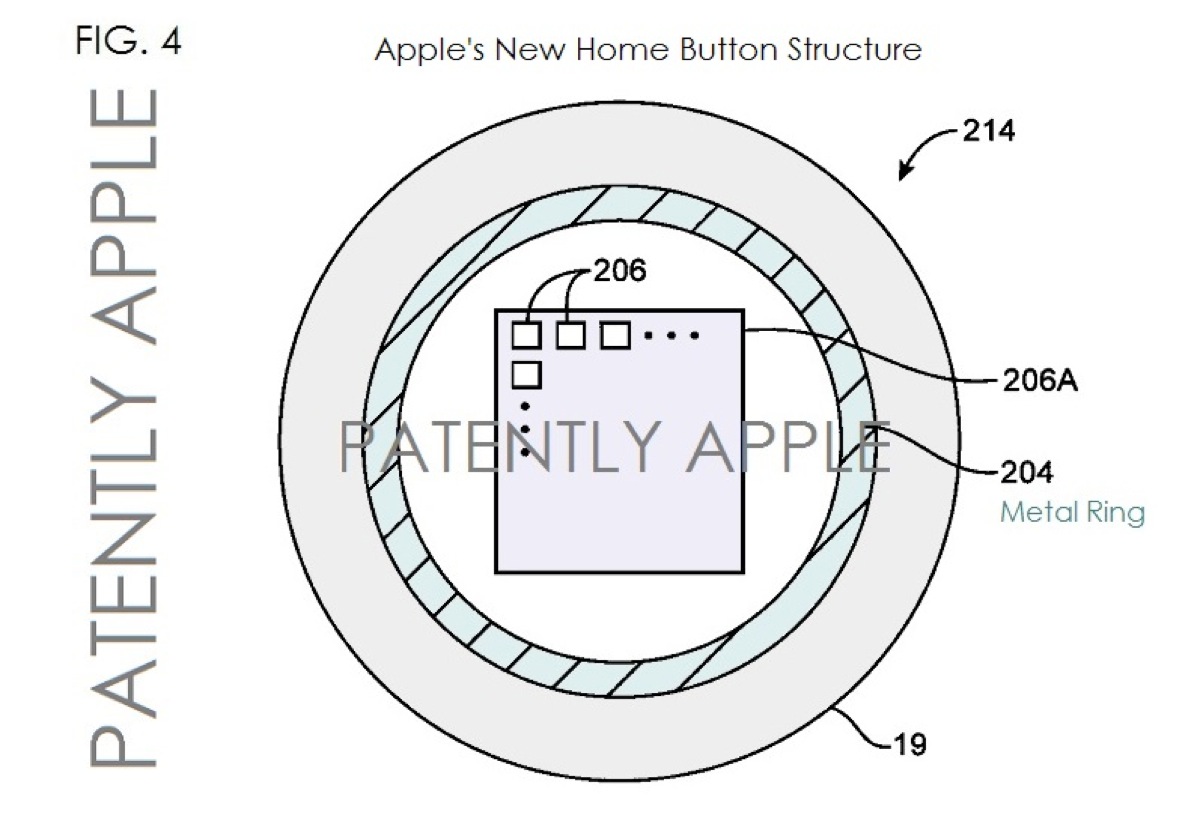 More interestingly, the patent even depicts a metal ring around the home button, with its embedded sensor also displayed in the illustration (above). Apple further notes that the Home button may include optical structures and transmitters. The transmitters could be infrared or visible light sources such as light-emitting diodes or lasers.

“Now we get down to the real fun. The iPhone 5S fingerprint scanner noted below is incorporated into a new Home button structure. Apple’s patent filing states that if desired, the fingerprint sensors for the device may be formed using a two-dimensional array of electrodes.

As an example, illustrative sensor circuitry #214 of patent FIG. 4 below illustrates electrode structures such as a metal outer ring electrode #204 and a two-dimensional array 206A which can include up to 5,000 electrodes used to capture a fingerprint.

Apple states that the outer electrode may have a circular shape, an oval shape, a rectangular ring shape, or other suitable shape and/or non-ring shapes.”

As always, until it’s actually unveiled, nothing is a done deal about Apple. I’m sure we’ll have an answer to this one in the next 24 hours won’t we?