As Microsoft rolls out its refreshed Surface line up targeted primarily at the creative crowd, its partner Adobe maybe about to kneecap their efforts by finally releasing the flagship of its creative suite to the iPad. 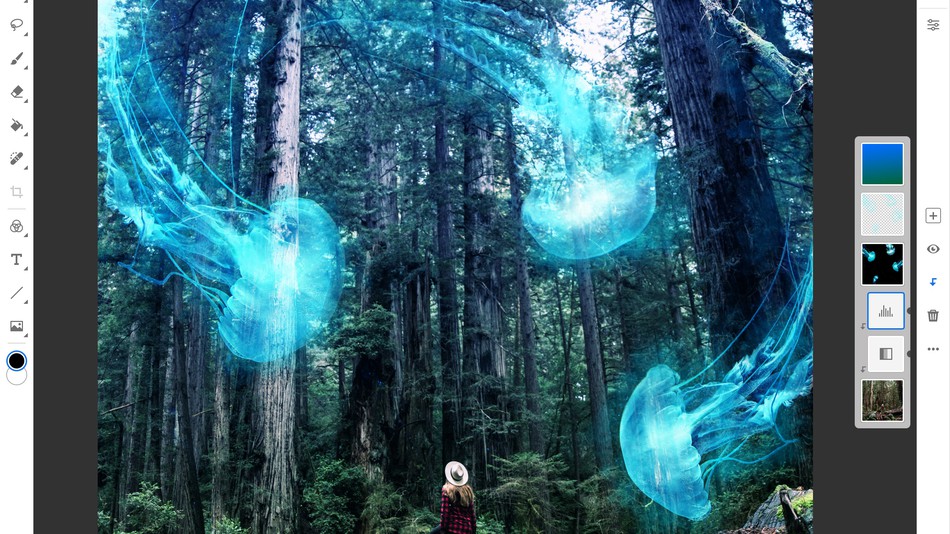 Adobe announced on Monday that it will release a full version of its Photoshop editing software for the Apple iPad next year. Photoshop is currently available for the iPad, but it doesn’t offer the same functionality that it does on Mac or Windows computers.

Photoshop for iPad won’t arrive until some time in 2019, but when it does launch it will differ drastically from Adobe’s current lineup of Photoshop-related iOS apps. Rather than focusing on an individual subset of desktop features, like Adobe’s existing Photoshop Fix, Express, and Mix do, the aim with this forthcoming app is to provide the full desktop Photoshop experience on an iPad.

As part of its iPad efforts, Adobe has brought the same underlying codebase of Photoshop for desktop to iOS, and it has also worked to modernize PSD files for the cloud. These new Cloud PSDs will be the default file format on the new iPad app, offering a seamless file experience across multiple devices.

“Cloud PSDs, when we ship Photoshop on the iPad, will also run and automatically show up on your desktop,” explains Adobe’s chief product officer, Scott Belsky, to The Verge. “Suddenly, you’ll have this cloud-powered roundtrip experience akin to a Google Docs experience, where literally the source of truth of your Photoshop creation is in the cloud.”

The idea of a full, touch-enabled version of Photoshop for iOS has been something of a pipe dream for many creative professionals for years. Adobe made a touch version of Photoshop for Windows, but Apple fans haven’t been able to take advantage of this tech because iPads weren’t powerful enough to handle the software until the iPad Pro came along.

Adobe hasn’t specified when exactly the full version of Photoshop CC will be available next year, but it will debut on the iPad first, and will eventually hit other mobile platforms like Android at a later date.