Pokemon GO just can’t be stopped right now. According to Apple, the app has set an App Store record for the most downloads in its first week of availability, more than any other app in the history of the store, as detailed to iMore’s Rene Ritchie. 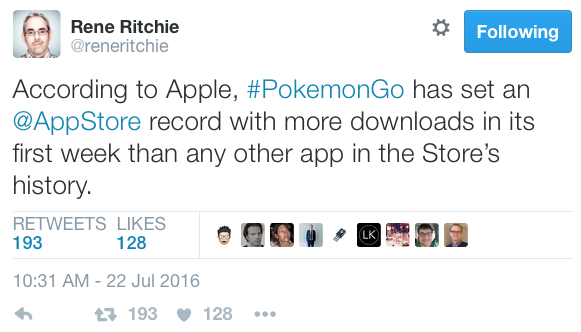 The success of Pokemon GO has already doubled Nintendo’s market cap to $42 billion, while analysts estimate the game may provide $3 billion to Apple, through the latter’s share of in-app purchases.

What Pokémon team should I join? #level5baybee

Pokemon GO launched in Canada less than a week ago, and has already taken the country by storm, with numerous police departments warning players about the risks of playing the game, when you don’t look up while walking.