NFC for iPhone 6 rumours gained traction lately, and the alleged iPhone 6 printed circuit board, alongside the leaked schematics, apparently served as enough evidence (for some) to identify NXP chips that will probably make it to the next generation iPhone.

It certainly was for MacRumors forum member chrmjenkins, who pointed to a document showing a package version of the PN512 NFC chip, manufactured by NXP. The chip measures 5 mm x 5 mm x 0.85 mm and has 32 pins (8 pins in each side). What the forum reader claims, is that he has found the chip and its location on the iPhone 6 motherboard – as highlighted (red) in the image below. 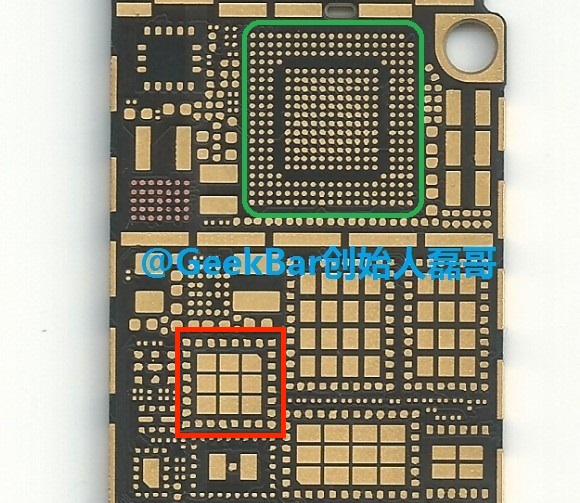 What we need to count though is the number of terminals for connectivity. The NXP chip he points out has 32 pins (see pinning section), while the section highlighted on the PCB has only 28 terminals ( 2×8 + 2×6) for connectivity. 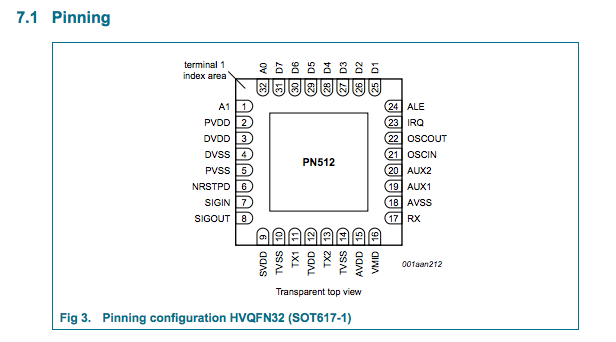 As Eric Slivka points out, the square part highlighted with red doesn’t seem to match any other components from the iPhone 5s’ logic board, suggesting that Apple will use a new component there. This could be the long-rumoured NFC chip, a customized version, not the model highlighted by the reader.

Rumors of the NFC chip for iPhone appear each year before the launch of a new iPhone model. Although Apple has previously skipped the use of NFC, this year, however, it may take use of the new technology, which is said to be incorporated in more than a billion smartphones by 2015. But the chip highlighted in the alleged iPhone 6 PCB may not be the NFC chip we’ve all been waiting for.