Qualcomm unveiled its own under-screen fingerprint-sensing technology at Mobile World Congress 2017 in Shanghai, and Chinese phone maker Vivo is the first to use the technology in a phone. 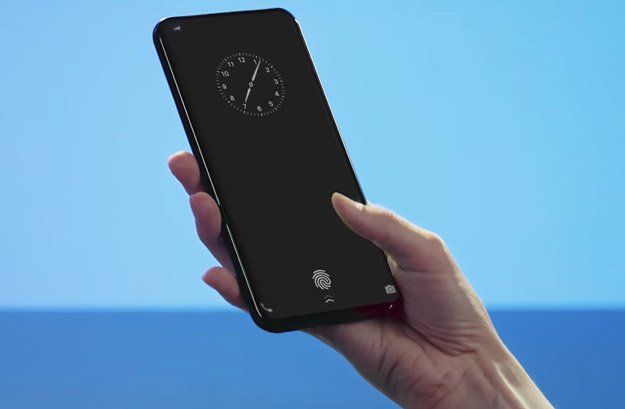 According to a new press release from the chip maker, the technology uses piezoelectrics to send ultrasonic waves through the display glass to read fingerprints, and will even work with wet fingers (meaning it’ll come in handy with water-resistant technology, too).

“This provides OEMs and operators with the ability to offer truly distinct, differentiated devices with added value on truly groundbreaking new devices,” he continued.

Qualcomm’s technology is designed as both an integrated solution for Qualcomm Snapdragon mobile devices, and as standalone sensors that can be used with non-Snapdragon devices, like the iPhone 8 for instance, though considering the two companies’ recent history, this seems highly unlikely.

Engadget got to experience the demo, and from their early impressions, work still needs to be done:

Over at Vivo’s booth, I got to play with a prototype — based on the existing Xplay6 — fitted with Qualcomm’s under-display fingerprint scanner. The demo started off with a familiar fingerprint registration process, except I had to place my finger on a marked area on the screen, which was just above the old fingerprint button. Once done, I was able to unlock the phone by touching that same spot using my registered finger; and just to be sure, I tried with my other fingers which fortunately failed to unlock the device.

While the solution seemed to work as advertised, I found the fingerprint recognition speed to be noticeably slower — about one second between first touch and entering home screen — than the near-instantaneous unlock that I’m used to on most recent smartphones. I was also slightly disappointed by how small the recognition area was.