Designer Martin Hajek is at it again creating some of the most realistic Apple renders. This time, he has released images comparing Samsung’s new Galaxy Alpha smartphone to the rumoured design of the iPhone 6.

Hajek explains “I wanted to see how far Samsung went in ‘borrowing’ design elements from Apple in their latest flagship phone – see for yourself in the images below.” 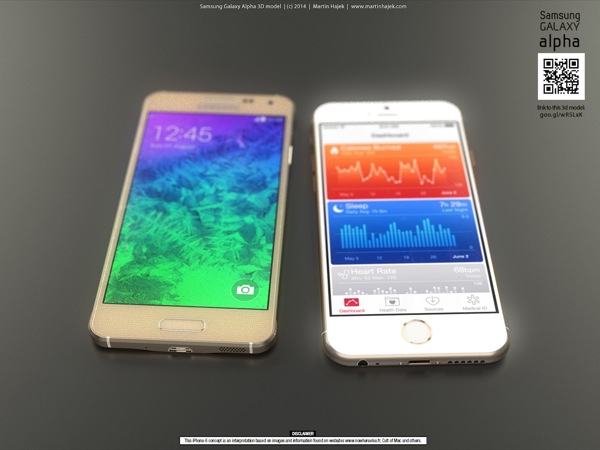 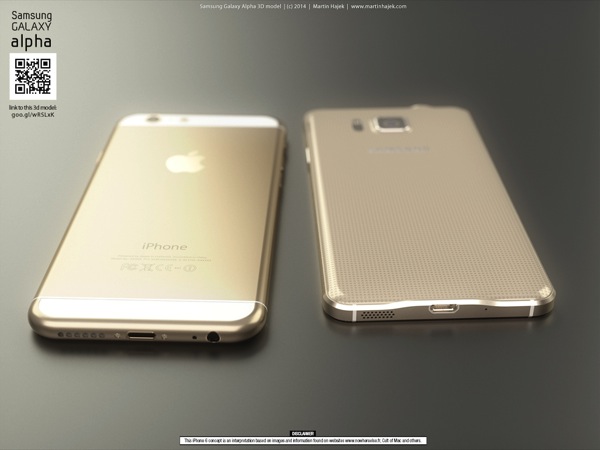 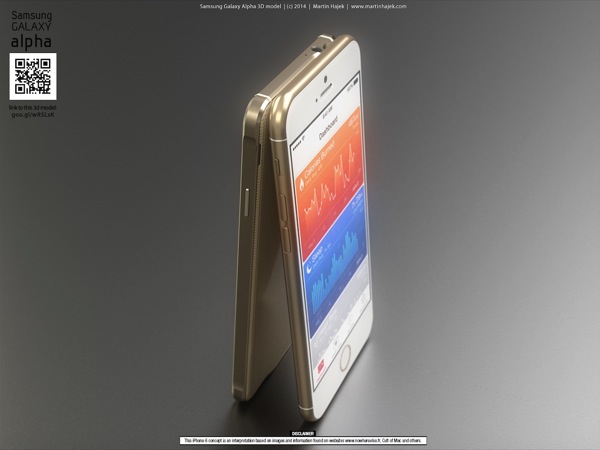 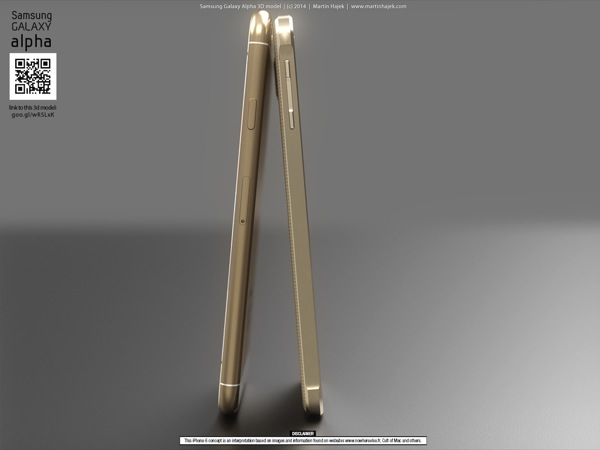 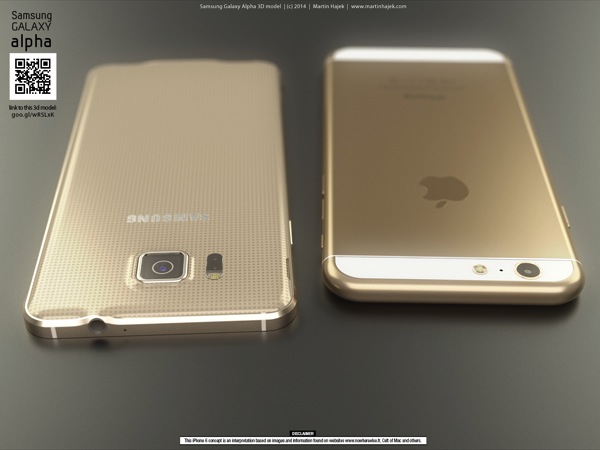 There was also a gallery comparing the Galaxy Alpha to the iPhone 5s—check out the full gallery here.

The Samsung Galaxy Alpha was released last week, sporting metal sides with chamfered edges, what appears to be a direct copy from Apple’s iPhone 5/5S design.

A week ago, Hajek released images showing what he imagined the next iPhone 6 retail display and packaging would look like.