What’s coming for the ‘iPhone 7’? First it was said to arrive in a ‘deep blue’, but that was soon rumoured to be actually closer to black, so maybe along the lines of Space Black instead, taking colour cues from Apple Watch.

Designer Martin Hajek has released a new set of 3D renders to showcase what he believes the iPhone 7 will look like, in Space Black, plus also detailing the rumoured touch-sensitive Home button, and throwing in Lightning EarPods, based on rumours the 3.5mm headphone jack is set to disappear (bonus points for the iMessage conversation with Jon Snow): 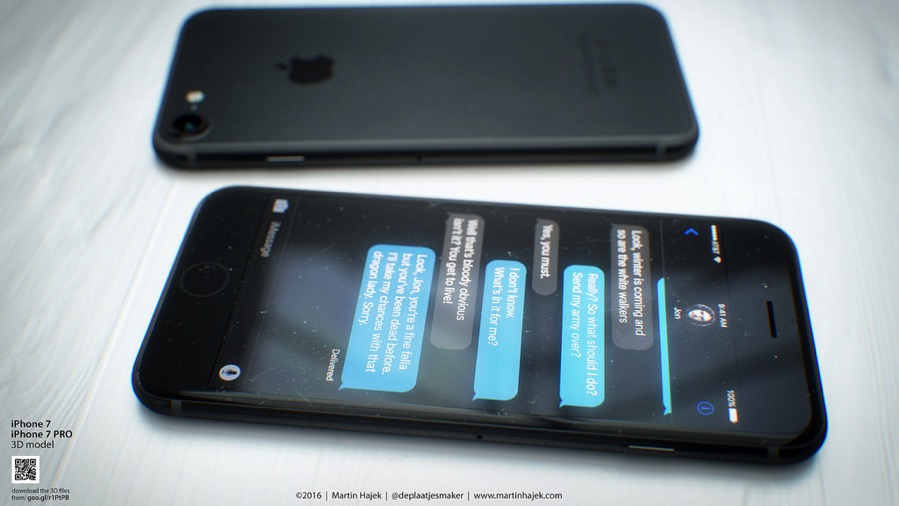 As you can see here, the iPhone 7 is depicted with its revised antenna bands and larger iSight camera compared to the iPhone 6s:

This is his interpretation of the new Home button, which is said to be touch-sensitive, deploying Force Touch technology: 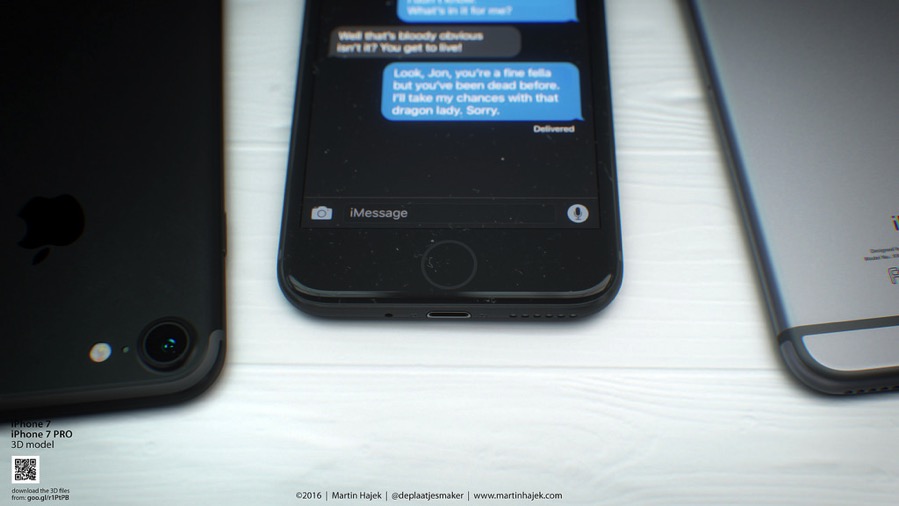 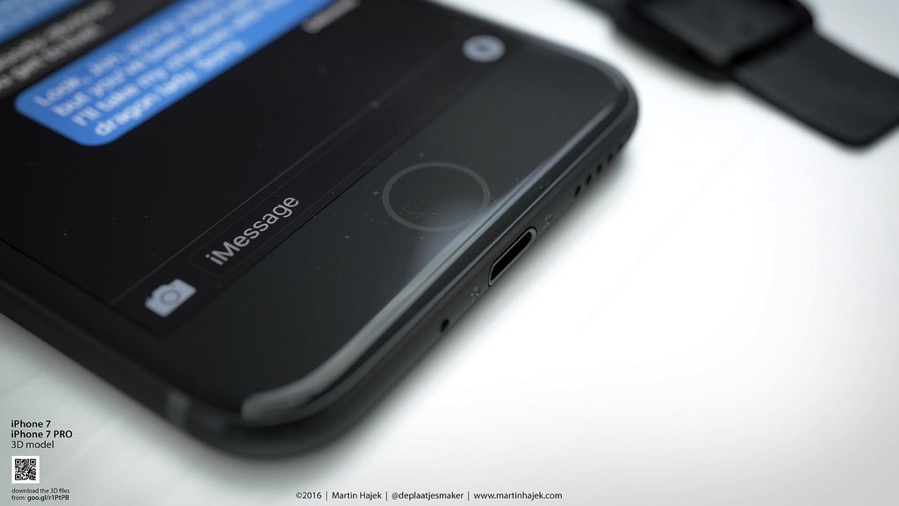 …and probably the most controversial change in the next phone is the elimination of the 3.5mm headphone jack, meaning headphones will move to Lightning or Bluetooth: 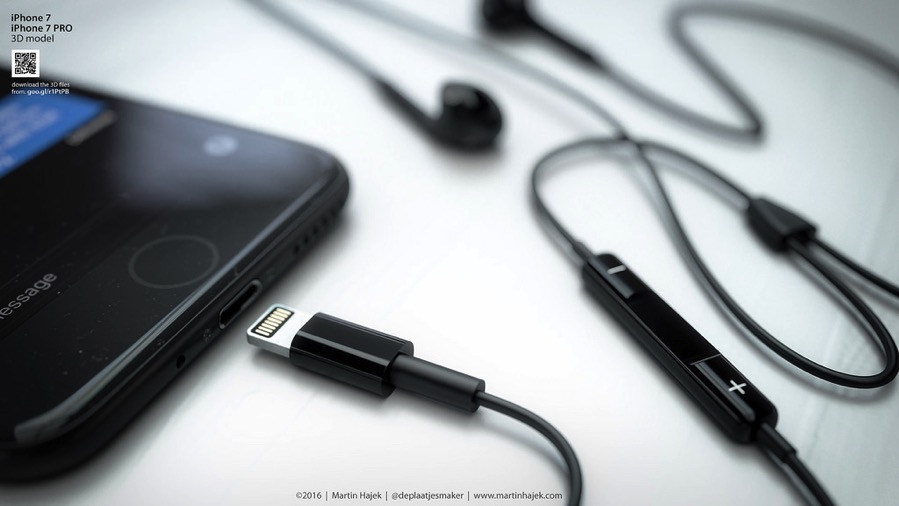 What do you think of these 3D renders? I think a Space Black coloured iPhone would look amazing.