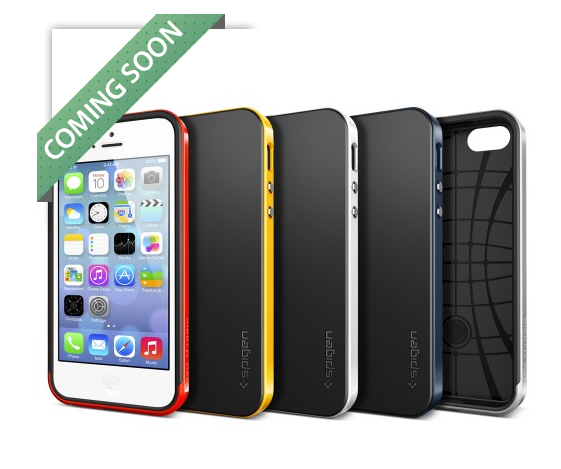 The company website shares two iPhone 5C cases: Ultra Thin Air and Neo Hybrid, which are labeled as “coming soon,” for the price of $19.99 and $29.99 respectively. While there is no dimensions information available, the first thing that captures the eye is the Monday 10 date of the Calendar icon. Interesting enough, 2013 doesn’t have Mondays on any 10th day of the month, but February 2014 does. 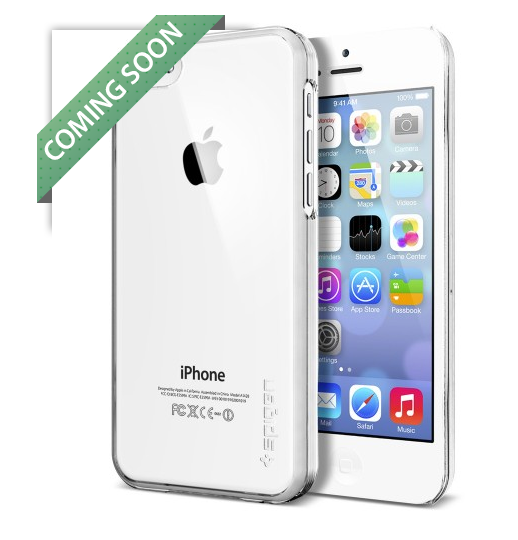 Another interesting thing related to these two cases is that while both of them are said to fit the iPhone 5C, accommodation for the volume control button differ, the Ultra Thin Air mockup is in line with the image leaks, while the Neo Hybrid mockup shows an iPhone 5S mockup. 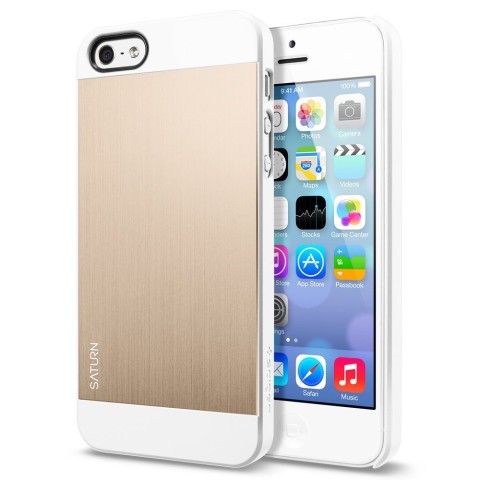 Hot on the heels of the gold/champagne iPhone 5S rumours — and image leaks — Spigen has manufactured a champagne gold premium aluminum case which is worth its weight in gold, according to the tweet Spigen sent out a couple days ago. The case is also compatible with the iPhone 5, so it works even for those who just want to colorize their iPhone 5 unit. You can preorder now on Amazon ($19.99), by following this link.