TD Bank Said to Support Apple Pay in the US, Canadian Talks Fast-Tracked

TD Bank is reportedly among the 500 banks signing up for Apple Pay, as the Canadian bank is making preparations for a mid-December US launch, a source familiar with the matter revealed to MacRumors. 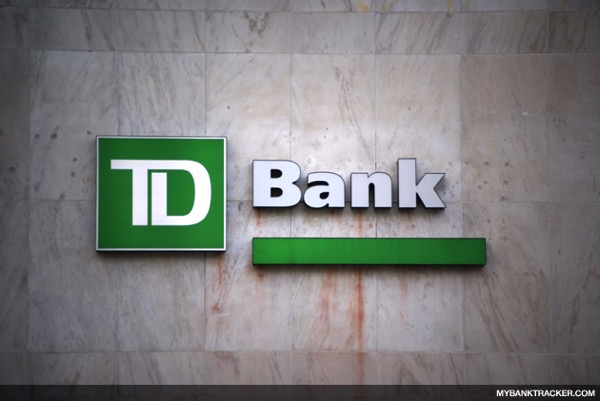 On December 18, TD Bank’s US arm will officially support Apple Pay and Visa tokenization, the source added. Currently, the bank is making its finishing touches such as training its US employees.

The association with Apple reinforces TD Bank’s commitment to innovative payment methods. You may recall that TD Bank launched TD Mobile Payment earlier in May, the Canadian NFC mobile payment solution that works with various smartphones on Rogers, Telus, and Bell networks, claiming to be the “first financial institution in Canada to offer a payment solution with the incumbents.”

After the launch of the iPhone 6 and Apple Pay, TD Bank’s CIO was cited predicting the Canadian launch of Apple Pay sometime in 2015. That could make sense, since Canada is ready for mobile payments, as the MasterCard readiness report and data shared by Brian Roemmele show: 75% of major Canadian retailers already accept NFC.

Seems that #ApplePay may go live in Canada faster then most have thought. Talks are now fast tracked. 75% major Canada retailers accept NFC

Roemmele apparently has sources in the banking industry. Last month, he tweeted that Apple’s mobile payment platform may launch earlier than expected as there is a big desire on both sides to do it fast, but there are some rules that Apple needs to comply with in order to kick-start the platform in Canada.

LG is expanding the availability of Apple TV, Apple Music, AirPlay, and HomeKit support on third-party webOS Hub-enables displays. Over 100 countries and regions will now be able to take advantage of Apple's entertainment options on a growing list of third-party displays. Apple's apps such as Apple TV are currently available on LG's display and...
Steve Vegvari
12 seconds ago