CNBC has an exclusive interview tonight with Apple CEO Tim Cook, set to appear with Jim Cramer on his show Mad Money. 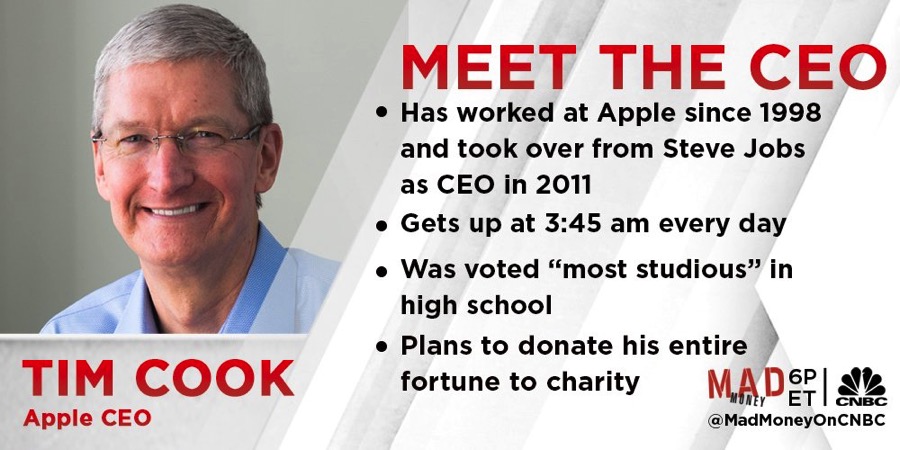 The teaser clip above shows Cook addressing the “huge overreaction” by Wall Street over Apple’s most recent quarterly earnings, which saw the company’s first revenue dip in 13 years. Apple made $10 billion in profit for the quarter—more than any other company clarified Cook—described by the CEO as a “pretty good” quarter.

Last March, Cook also appeared on Mad Money, “surprising” Cramer with a phone call to wish him a happy tenth anniversary on the air. Then later in August, Cook also emailed Cramer to explain the “unprecedented opportunity” in China.