According to a report from Patently Apple, the U.S. Patent and Trademark office published a letter to Apple denying their trademark application for Touch ID.

“The case against Apple’s Touch ID being registered seems to be solid and valid. Apple officially has six months to reply to USPTO with a work-around remedy or risk automatic trademark abandonment. With Apple likely to add their Touch ID feature to new iPads this fall, it’ll be interesting to see how Apple reacts to this latest news.” 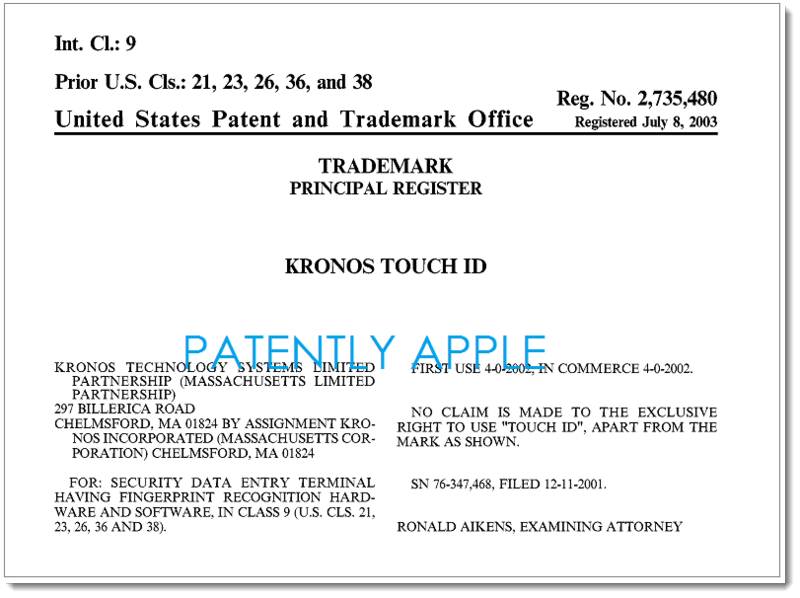 The letter was first sent to Apple on May 7, however it was only made public today. Apple has until November 7 to correct their trademark application or make Kronos an offer they can’t refuse.

Analysts predict that Touch ID will be a big part of Apple’s future and the future of all iOS devices. It will be interesting to see if this trademark denial will make Apple change its plans.

Apple is expected to release their next-generation iPhone this fall with a rumoured 4.7-inch sapphire display and A8 processor.

If the company follows its traditional release schedules, we should see a refreshed iPad lineup in October. Rumours point to both the iPad Air and iPad mini receiving Touch ID, which made its first appearance in the iPhone 5S and allows users to unlock their device by scanning their fingerprint.