Apple has just shared a new tutorial video on its official YouTube support channel, detailing how you can view your Hidden album in Photos, which is locked by default starting in iOS 16, and how you can manage your settings. 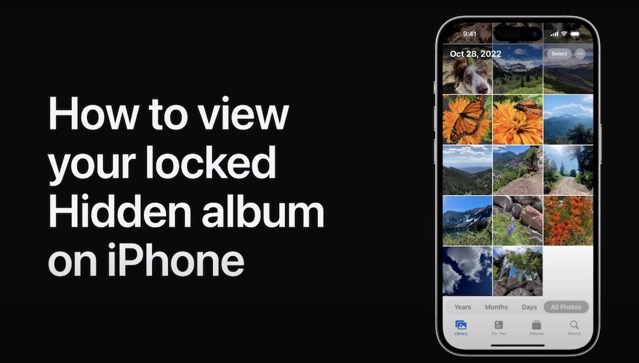 For those who aren’t aware, Apple’s Photos app now lets you hide photos on your iPhone, iPad, or Mac. This lets you control which photos and videos are visible and what’s hidden.

When you hide photos and videos, they move to the Hidden album, so they don’t appear in your Library, in other albums, or in the Photos widget on your Home Screen.

Here’s how you can hide photos on your iPhone or iPad:

To unhide photos on your iPhone or iPad

To find the Hidden album

Check out the following video to see how you can view the Hidden album on your iOS device.