If you’ve been waiting to dive into the world of Apple Watch, one of the best ways is to start with a refurbished model from Apple Canada’s online store.

Here are the new prices for current refurbished models in stock: 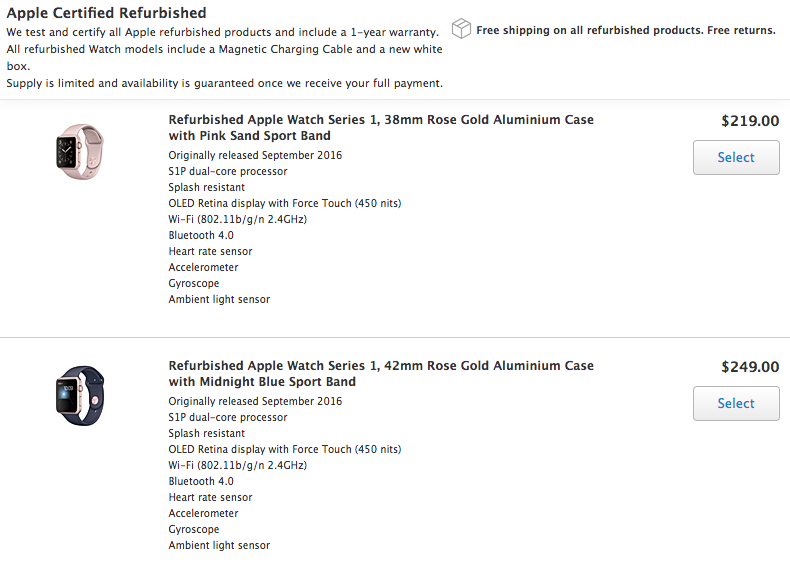 Refurbished Apple Watch models are literally good as new and come with a standard one year warranty and plain white box. Stock usually sells out quickly and at these prices, they are more within impulse buy range than at today’s regular prices for a Series 4, which starts at $519 CAD for a 38mm model.