If you’ve been wondering what this new band looks like on the popular aluminum Space Grey Apple Watch Sport, Lory Gil from iMore purchased one for her own watch and shared images of the combo on Twitter, after purchasing the band from the Apple Store at 1 Infinite Loop in Cupertino. 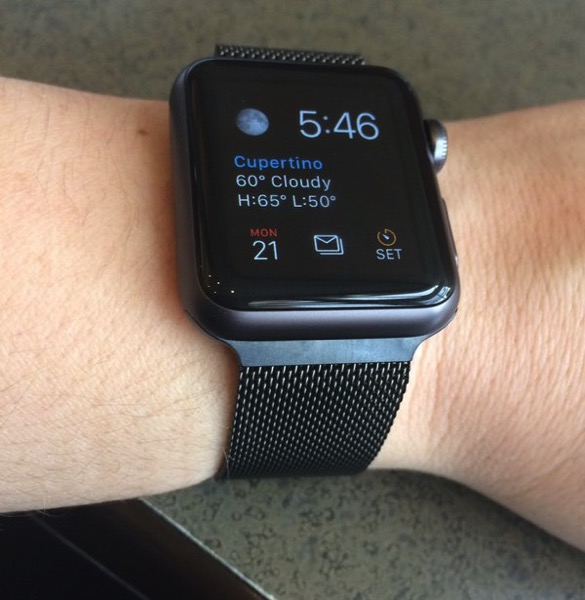 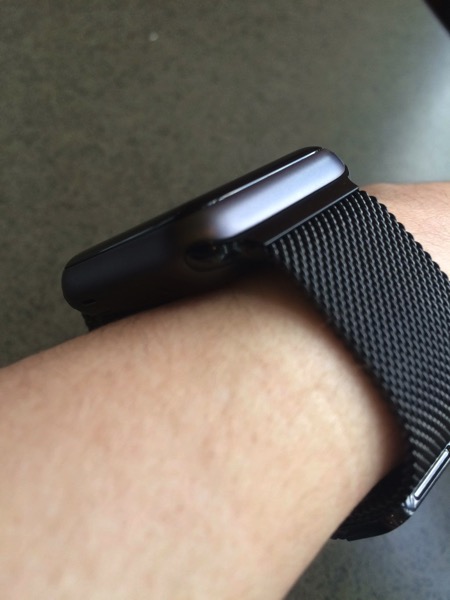 Lory says the combo “matches pretty good,” from the front, but from the bottom angle it’s “not an exact match,” since the band’s gloss black connector does contrast with the matte Space Grey aluminum, however, the “difference is subtle,” she explains.

Apple yesterday also dropped the starting price of Apple Watch Sport models by $50 in Canada, now available for $399/$469 CAD for 38mm/42mm models, respectively. These were discounts we were already seeing from Best Buy ahead of the event. With the Loonie no longer close to par with the US dollar, we only got $50 off, while our American friends got $100 off entry prices.

Let us know if you’re going to be buying one of these Space Black Milanese Loops!