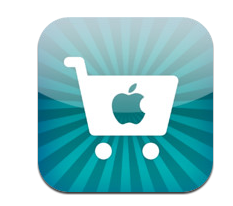 Following an earlier report claiming that Apple will release a redesigned Apple Store app on July 23, the company has just issued an update today. However, there is no word about a redesign. Instead, the update brings improved product search capabilities and various performance enhancements.


Apple is said to be working on a feature that would display offers of free downloads within the application, including content from the iTunes Store, App Store and iBookstore.

The updated app apparently is the same, but the possibility of including the framework into the app is high. 9to5Mac goes as far as suggesting that the free content may only appear when the customer walks into an Apple Store.

The rumoured Apple Store app redesign is part of Apple’s efforts to increase in-store iPhone sales. As Tim Cook has pointed out, the iPhone has the halo effect — it leads customers back into its brick-and-mortar stores to purchase other Apple products.

A study signed by CIRP has already reported on the potential roadblocks of increased iPhone sales, which will apparently helped by a new iPhone trade-in program as well.