Bell’s iPhone 6 pre-orders are set to take place at 4:30AM PDT / 7:30AM EDT tomorrow, as the company noted on Twitter:

As for Bell’s iPhone 6 and iPhone 6 Plus contract pricing for two-year terms, they were just sent to us via an anonymous tipster. Here they are below:

These prices are based on customers jumping on a minimum required plan of $80 per month shareable plan ($60/voice; $20 for 500MB). 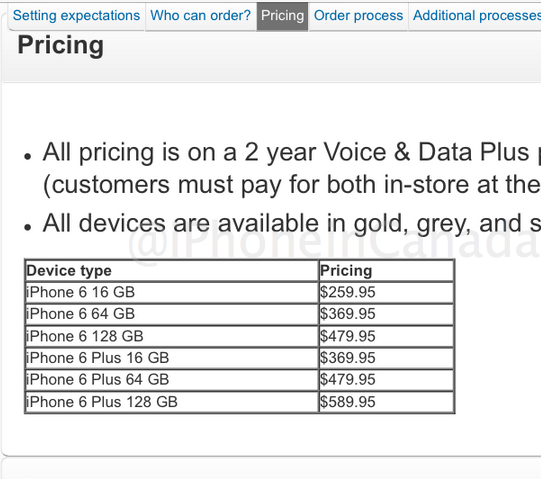 Expect 2-year contract prices from Rogers, Fido and Telus to be roughly the same. Unlocked pre-orders from Apple start tonight at 12:01 PDT/3AM EDT and will have a reserve and pick up option.