Tomorrow is the launch of iPhone 8, iPhone 8 Plus, Apple Watch Series 3 and Apple TV 4K in Canada and beyond. It also marks the exclusive debut of Series 3 LTE support by Bell, with Telus to come later this year

Rogers is absent from this Apple Watch cellular launch, only to say it’s “something we look at as we expand our device portfolio.” 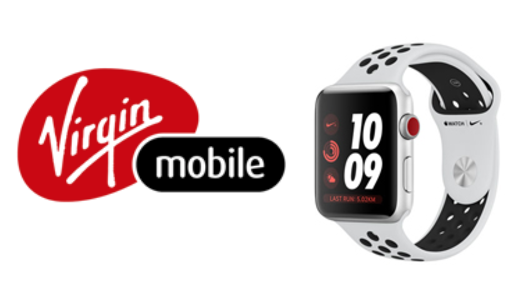 The answer doesn’t shut the door completely, but it hints in the future Virgin Mobile may support Series 3 LTE customers. The obvious first choice for Bell would be to lure over customers from rivals to their premium plans to get access to Apple Watch Series 3 cellular access, which will cost $5 per month, with a promo right now offering the first three months free.

Some other tidbits from Bell’s FAQ on Apple Watch Series 3 cellular support:

Apple Watch Series 3 cellular support will be launching with 14 carriers worldwide, and Bell is the only Canadian carrier at launch, utilizing their feature called NumberShare to make it happen, as part of their Smartwatch plan.

Apple recently acknowledged there’s a Wi-Fi bug with Apple Watch Series 3 cellular models, as the device connects to unknown Wi-Fi networks at times, preventing a cellular connection instead. A software update is coming soon to fix this.

Did you order an Apple Watch Series 3 cellular model? Did you switch carriers just for Series 3 LTE?