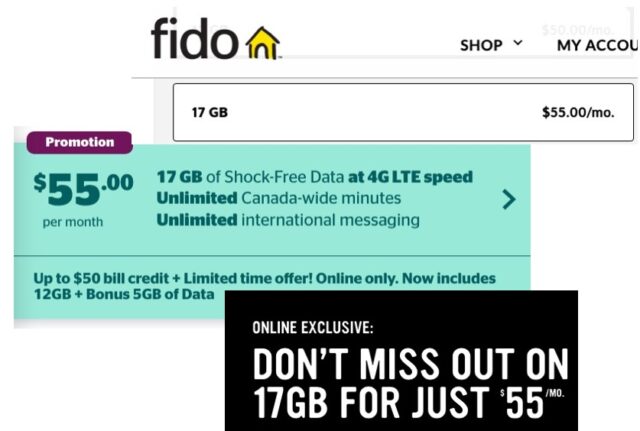 All three flanker brands of Rogers, Telus and Bell are offering the $55/17GB promo plan, which normally is priced at $55 with 12GB of data, but a 5GB bonus on top.

The plan includes unlimited Canada-wide minutes and unlimited international SMS/MMS. Extra data from Koodo is at $130/1GB and $137/1GB from Virgin Plus.

During Black Friday, we saw Fido, Koodo and Virgin Plus offer its $50/12GB plan as the promo to get, while some dealers offered the latter for $40/12GB.

We may see history repeat itself at wireless dealers, as the $55/17GB plan may get credits to drop down to $45/17GB—that’s just a hunch.

If you’re doing any activations this year, stick to dealers like Walmart, Best Buy, Costco and more if you want bonus gift cards or points.

OpenMedia is calling on Innovation, Science, and Industry (ISED) Minister François-Philippe Champagne to take immediate steps to halt the rapid decline of Internet competition in Canada, with the non-profit saying "Internet choice and affordability in Canada approaches breaking point." Even though the federal government announced a new telecommunications policy direction for the CRTC in May, competition...
Usman Qureshi
24 hours ago