While TELUS has launched an iPhone 6 pre-order registration page and Bell has confirmed pre-orders will start this Friday, September 12, Rogers and Fido have remained relatively silent on their launch plans.

When we contacted Rogers, a spokesperson responded with “we do not have any details to share at this time.” Since TELUS and Bell are set to launch pre-orders this Friday, you can expect Rogers will as well, rounding out the ‘Big 3’ carriers in Canada.

As for Fido, the company’s website already has an unlisted iPhone 6 landing page which confirms both models will soon become available, as sent in to us via iPhoneinCanada.ca reader Mathew: 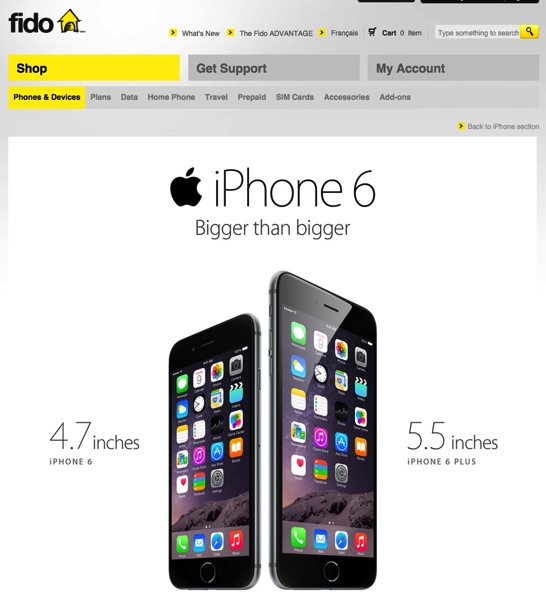 There’s also this standard Apple comparison page, which details the new iPhone 6, iPhone 6 Plus versus the iPhone 5s and iPhone 5c, which dropped in price today (and should also be reflected in carrier contract pricing soon).

Apple confirmed unlocked iPhone 6 and iPhone 6 Plus pricing earlier today, while it also stated Rogers, Bell, Telus, MTS and Sasktel would officially carry the new models. Apple’s website says reserve and pickup will be available as option for this Friday’s pre-orders.