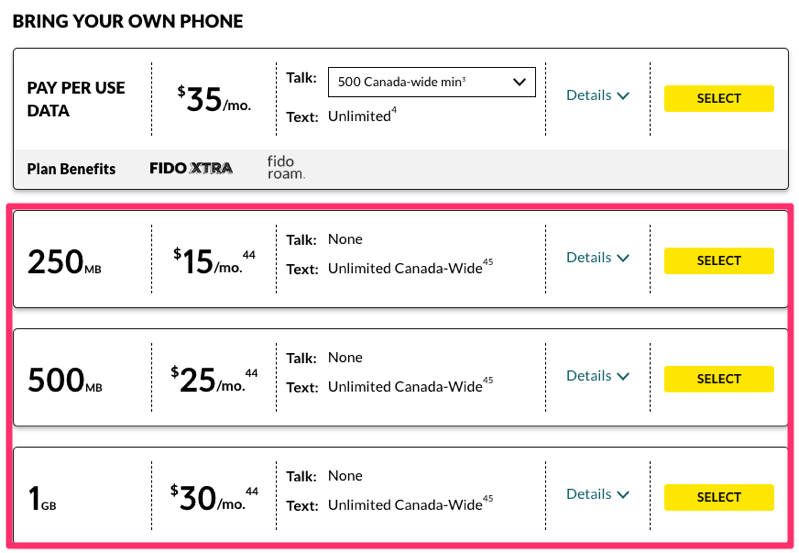 The LTE data-only plans from Fido are exactly as the company proposed to the CRTC—check them out below:

These plans do not include voice calling and have unlimited Canada-wide SMS/MMS. Data overages are billed at $10/100MB.

The CRTC mandated Canada’s ‘Big 3’ incumbent wireless players last year to introduce lower-cost data-only plans, which were to be made available consumers by April 2019.

Critics have denounced these data offerings as a “joke”, citing their expensive pricing.