Rogers to Axe Spotify, NHL Live as Free Perks with Wireless Plans on July 30 [u]

Rogers wireless customers have had some free perks as part of Share Everything Plans, including six months of free Spotify premium and also Rogers NHL Live.

But as of July 30th, Rogers will remove these freebies from Share Everything Plans, as noted in a bulletin to partners, according to MobileSyrup.

This means wireless customers who sign up or renew Share Everything Plans after July 30th won’t get these freebies, which are still currently listed on the Rogers website. But those currently on free Spotify premium trials will still get to finish out their existing six months. 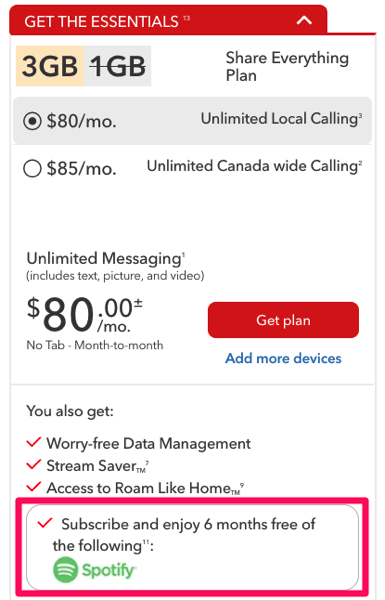 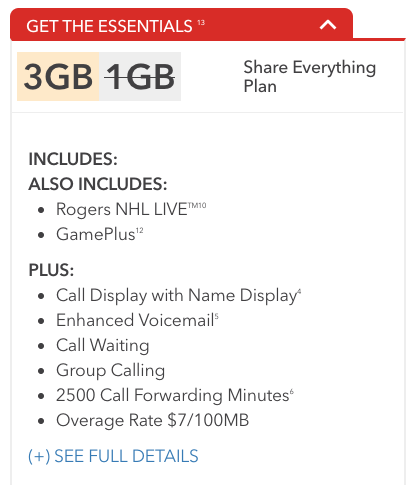 New Share Everything+ Plans gained free Spotify premium in September 2015, a 24-month freebie option, alongside other choices shomi (RIP) and Next Issue, for those opting for plans with 2.5GB data or higher.

Fido customers gained access to Spotify in March 2015, but with the recent launch of Fido XTRA, the streaming music service option freebie disappeared for the flanker brand.

Update: We can confirm Fido is also axing Spotify premium. As for why these changes are happening? The latest sales bulletin to dealers reads:

We regularly review our plans to make sure we’re delivering the best value for consumers. From time to time, that means making changes to some of our services. Our plans will continue to offer great deals and giveaways with Fido XTRA, 5 Extra Hours of Data for those moments you need it most, and Fido Roam lets you stay connected to all of the things you love when you’re abroad.

Earlier today we told you Bell and Telus raised the price for data overages to $100/1GB, but so far Rogers has left their prices unchanged.