The report analyzed user experience on all three of Canada’s national mobile networks over a 90-day period between October 1, 2021, and December 29, 2021.

2022 marks the second year in a row that Bell and Telus have tied for Opensignal’s fastest 5G Download Speed award in Canada. Both operators “maintain a significant lead on Rogers — this time between 62.2-65.4 Mbps,” said Opensignal in an email to iPhone in Canada.

The telco, which went through a messy and public boardroom power struggle in recent months, on average offers upload speeds that are 1.6 Mbps more than Telus and 2.9 Mbps more than Bell.

Check out Opensignal’s full table of awards for this round of analysis below: 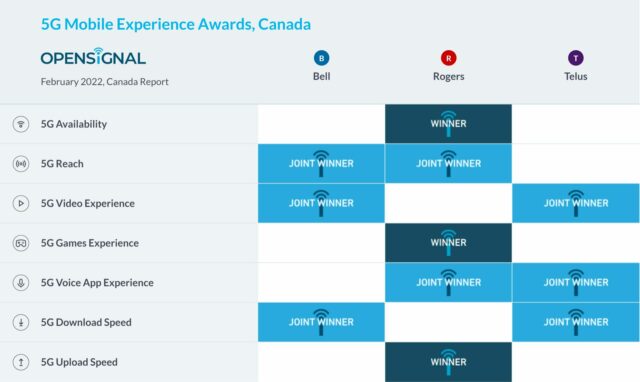 This year’s results are a stark contrast to last year’s, where there wasn’t much to distinguish between the ‘Big 3’ in Opensignal’s analysis.

Opensignal also published an overall Mobile Network Experience Report to go along with its 5G experience analysis, evaluating the overall experience of mobile users across Canada — nationally and regionally.

Telus all but swept the floor with the competition in the research firm’s overall Mobile Network Experience report for 2022, much like it did last year. Telus eked out decisive wins in four of Opensignal’s seven categories, as well as joint wins in another two of them. 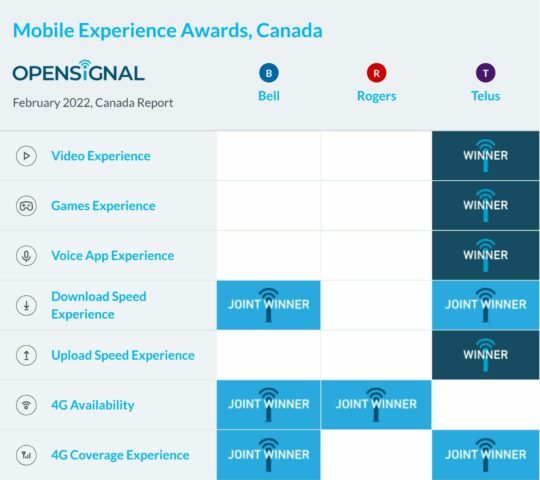 It’s worth pointing out Telus recently introduced speed limitations on its unlimited plans and similar speed caps for Koodo. As of this morning, Rogers, Telus and Bell all have starting unlimited plans at $85/25GB.

If you’re looking for the best AirPods 2 deal for Black Friday, it’s available from Bell Canada (of all places). Yes, that’s right, Bell is selling Apple AirPods 2 for $99.98 on its website, which is far below the $129 Black Friday deal pricing we’re seeing on Amazon.ca and Walmart. As of writing, Bell is […]
IIC Deals
2 days ago