According to Matt Birchler (@mattbirchler), Apple has added the ‘Fixed Position Volume Controls’ toggle for dynamic volume button controls, previously found exclusively on the iPad mini, to the iPad Pro. 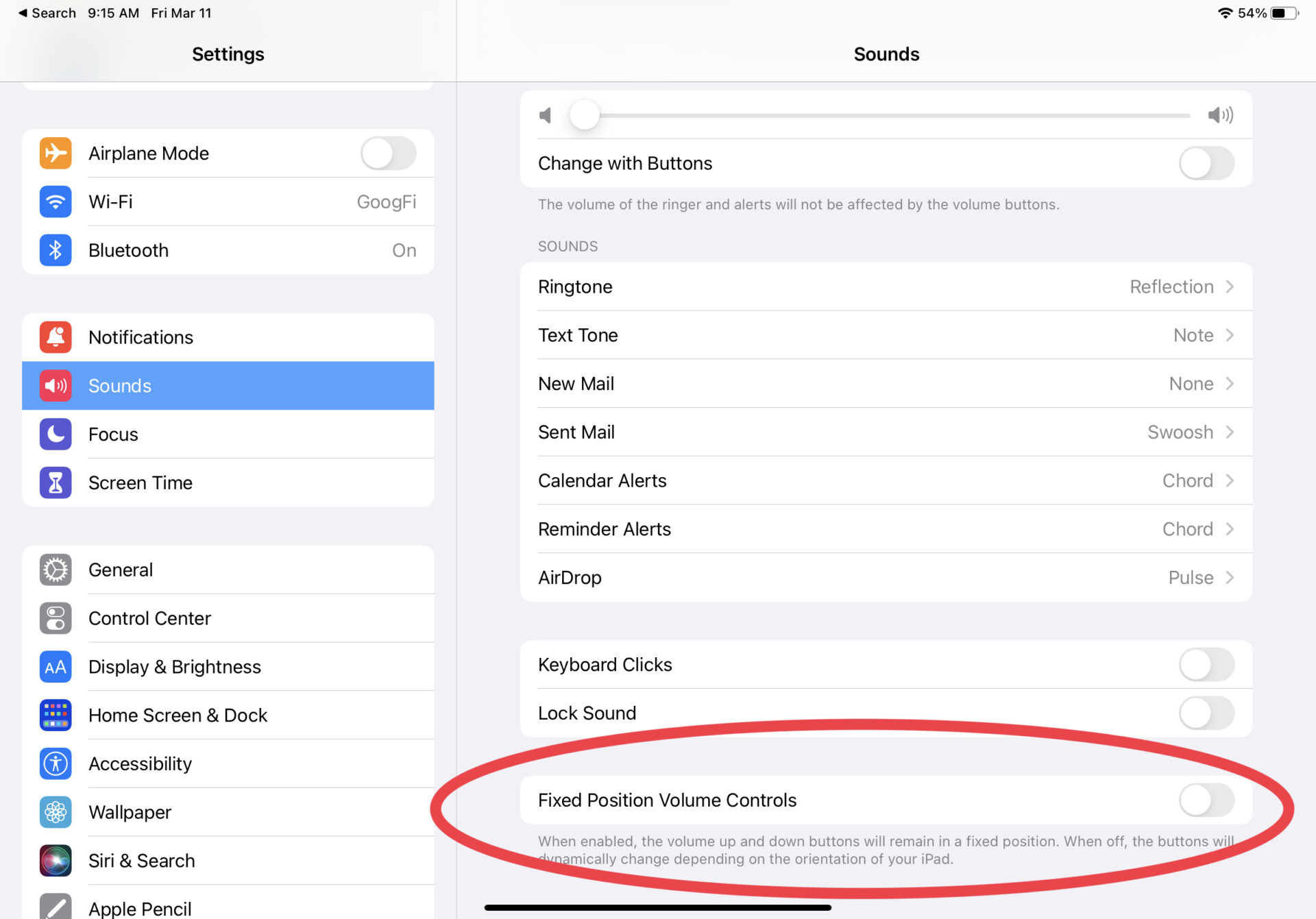 The feature can be found in Settings > Sounds and lets users control whether the functions of their iPad’s physical volume buttons change based on the iPad’s orientation.

With ‘Fixed Position Volume Controls’ disabled, the volume up and volume down keys on your iPad will switch functions as you rotate the device around from portrait mode to landscape mode, and vice versa.

With the toggle enabled, however, each button will retain its inherent function regardless of what orientation your iPad is in.

The 2021 iPad Pro is designed to be Apple’s most powerful iPad to date, powered by the company’s desktop-grade custom silicon — the M1 chip.

The iPad Pro was Apple’s first M1-toting iPad but is no longer the company’s only one. At its ‘Peek Performance’ March event earlier this week, Apple lifted the veil off its 5th-generation iPad Air with the M1 chip onboard.

As of Friday, the 2022 M1 iPad Air is available to pre-order in Canada. To see how the two M1-powered iPads stack up against each other, check out our comparison between the two.