Microsoft Releases Visio for iPad and Online for Viewing Only

Microsoft is bringing its traditionally desktop-based Visio software to new platforms. Earlier in this year, Microsoft announced their Visio on iPad Insider Program and now it has revealed Visio Viewer for iPad and the Visio Online Preview. This newest release aims to make Visio accessible to users across more devices. 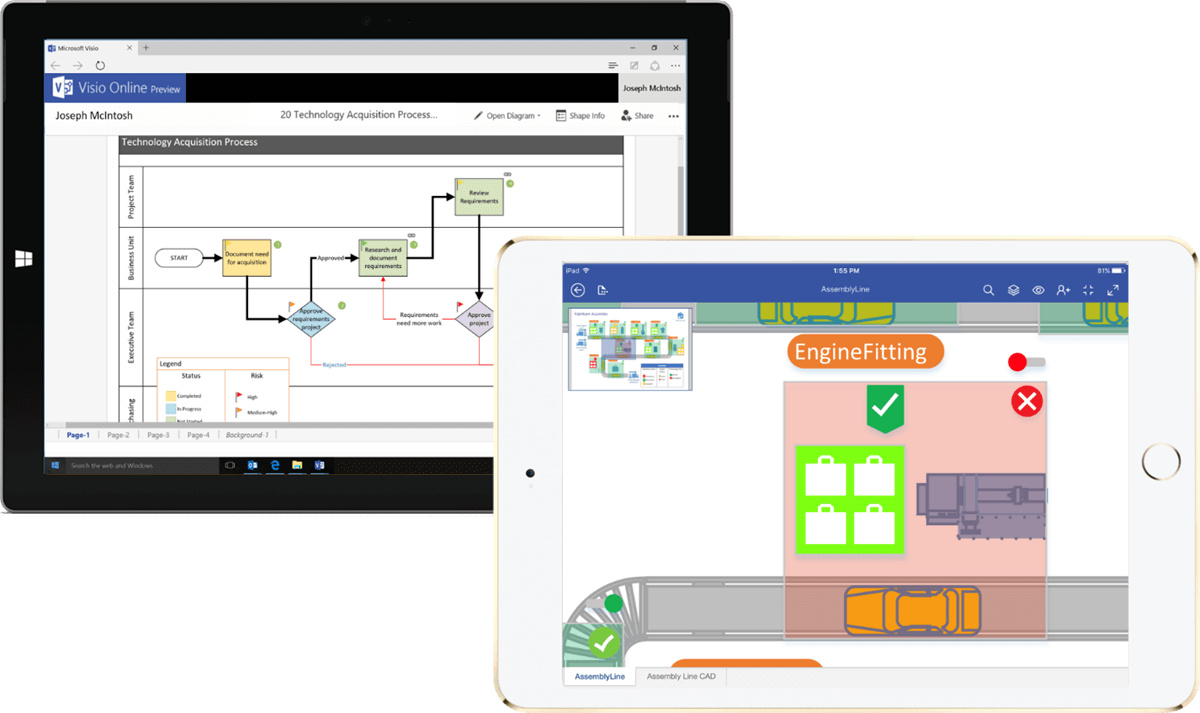 The iPad application focuses on building a touch-optimized experience for mobile users, according to a report from Venture Beat. Some of the newest features include a “Find pane” in which consumers “can pinpoint all occurrences of a shape name, text or data—eliminating the need to sift through countless shapes.” Panning and zooming motions can be used to navigate the different levels of a process model.

“Visio was first brought to market in the early 1990s by a company called Shapeware, with the company changing its name to match the software in 1995,” reads the report. “Visio was bought by Microsoft for $1.5 billion in stock in 2000, representing one of Microsoft’s top 5 acquisitions of all time in terms of valuation.”

The Visio team continues, stating that the web preview will help “teams glean real-time information from diagrams with just a browser.” It further explains how the online component can transform static data models into more dynamic and accessible dashboards. Microsoft says that both include OneDrive for Business and SharePoint Online support and that diagrams can be shared with anyone via a link.

The Visio Viewer for iPad app and the Online Preview are available to use starting today and any feedback can be sent in at Microsoft’s UserVoice site. According to Microsoft, a Visio app will be coming to the iPhone in the near future. In September, it said that the app would eventually come to Android and Windows Phone as well.