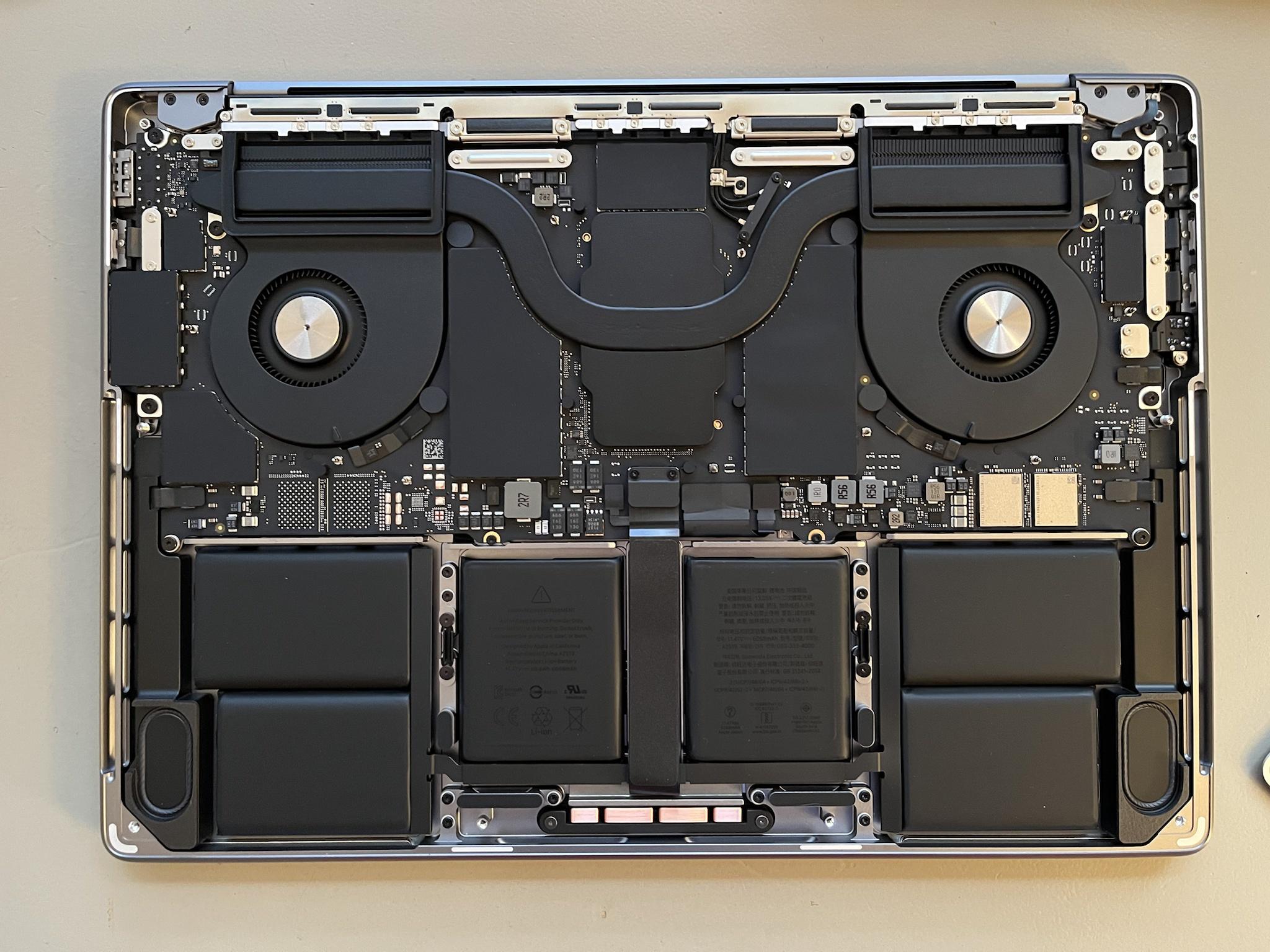 With the earliest customers of Apple’s newest 14″ and 16″ MacBook Pro models with next-generation M1 Pro and M1 Max chips starting to get their hands on the notebooks, we’re starting to learn a lot more about them.

Early tests and benchmarks have revealed that the new MacBook Pro models excel in image rendering, heavy 3D rendering, general GPU performance, and even handle games well. But, do they excel in repairability?

While the tech space usually waits for a verdict from the teardown and repair specialists at iFixit on the repairability of a new device, curiosity got the better of Reddit user the_Ex_Lurker.

Not ten minutes after they took their 14″ 2021 MacBook Pro with an Apple M1 Pro processor (talk about a tongue twister) out of its box, the_Ex_Lurker decided to open it up using their iFixit kit and take a gander at its insides.

The brand new owner of a 14″ 2021 MacBook Pro didn’t go any farther than popping the bottom off, stopping to admire its insides and snap a few pictures (to be fair, you shouldn’t really be doing anything more to a notebook that starts at a whopping $2,499 CAD unless you’re very sure of what you’re doing).

The Reddit user noted that the bottom disassembly process feels really familiar, and is identical to previous MacBook Pro generations going back to 2016. The bottom is riddled with pentalobe screws and clips that you have to manually pop before you can pull the lid toward the front of the notebook.

Apple has (thankfully) ditched glued-in battery packs for a battery with iPhone-style pull tabs, making repairs and battery swaps easier. All of the I/O ports on the new MacBook Pro models, including the back-from-the-dead MagSafe charging port, seem to be modular and, therefore, (relatively) easier to replace.

The new black keyboard with full-sized Function keys wasn’t lucky enough to get the same treatment, however. The keyboard is still part of the unibody on the new MacBook Pro, making it “virtually impossible” to replace.

the_Ex_Lurker also got a good look at Apple’s thermal solution for its newest 14″ ‘Pro’ MacBook — a dual-fan setup with fans that appear to be bigger than the ones on previous 13-inch models, but not as big as the ones on 15-inch models.

While this was a sizable appetizer for those waiting to get a look inside the new MacBook Pro models, we’ll have to wait on the experts for a more in-depth tour and an official iFixit reparability score. iFixit is already working on disassembling the 2021 MacBook Pro, and even posted a teaser yesterday.

You can find a full album containing high-quality images of the M1 Pro-toting 14″ MacBook Pro’s internals from the teardown here, courtesy of the_Ex_Lurker.

Apple’s all-new 14″ and 16″ MacBook Pro models are available to order on Apple.ca — get yours today.