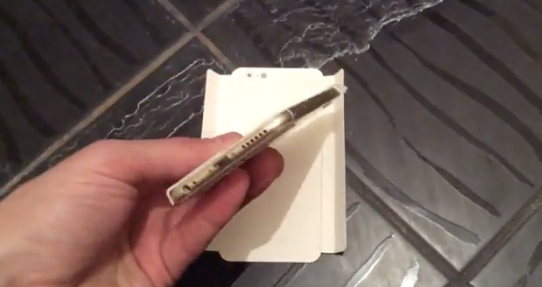 While the site has previously posted a mixed bag of supposed leaks, the latest video has several weak points in terms of accuracy. As you can see from the screenshots and the video inserted below, the leaked 4-inch iPhone 6c looks exactly like the iPhone 6 or 6s.

Besides the protruding camera, there are other signs that underpin the iPhone 6 theory: the distances between the speaker holes, the pentalobe screws, and Lightning port seem to be the same as the iPhone 6. If we add that the screen size also resembles that of the 6/6s, the conclusion is that the leaker should have put much more effort into making this video believable.

Of course, the lack of comparison in the video–to let’s say an iPhone 5s–still makes the decision harder, but I’ll let you decide whether this is a 4-inch or 4.7-inch device.

Today Apple announced its Q1 2023 earnings, reporting $117.2 billion in revenue and net income of $29.9 billion for the December quarter. Revenue was down 5% year-over-year, affected by production disruptions in China due to COVID-19. Apple CEO Tim Cook told Reuters in an interview that production disruptions are essentially over, as they “lasted through […]
Gary Ng
5 mins ago