Toronto-based YouTuber Unbox Therapy set the iPhone 6 ‘bendgate’ controversy off with their bend test last year of Apple’s newest iPhone 6 Plus (which some believed to be faked).

Since then, rumours have pointed at Apple using a stronger 7000 series aluminum to strengthen the next-generation ‘iPhone 6s’ (the same aluminum-grade used in the Apple Watch Sport).

Unbox Therapy I has now posted a video detailing what claims to be the next shell for the iPhone 6s, that shows not only thicker area where the ‘bendgate’ area was susceptible to, but also a lighter shell. Take a look at the screenshot image below: 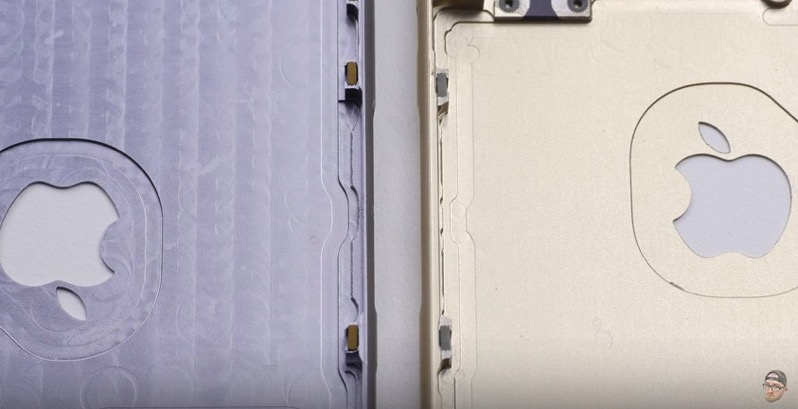 Check out the video below—Unbox Therapy says they will perform bend tests of this newer shell in a future video.

Consumer Reports concluded in their independent tests last year the iPhone 6 was “not as bendy as believed,” while Apple said warping of the device was extremely rare.

Numerous purported leaks of the ‘iPhone 6s’ shell and display have surfaced recently, with a report on the weekend citing the next iPhone launch will debut on September 9, along with new iPads and the next-gen Apple TV.