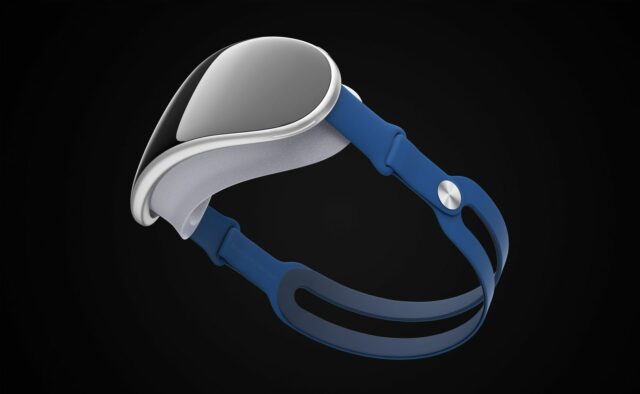 Windows has recently been discovered to offer preview versions of Apple Music, Apple TV, and Apple Devices via the Microsoft Store. On top of that, hidden code has been uncovered that refers to Apple’s unannounced ‘realityOS’ and ‘xrOS’. Both operating systems are believed to be intrinsically tied to Apple’s long-rumoured mixed-reality headset.

Apple is seemingly readying itself to launch a series of apps on Windows for its many services. On top of Apple Music and Apple TV, the Cupertino company is supposedly developing an app to assist Windows users in managing their iPhone. Preview versions of these apps have appeared on the Microsoft Store; therefore, users took no hesitation in dissecting the code. As MacRumors first reports, something interesting was hidden within the code.

Twitter user @aaronp613 discovered what appears to be cut-and-dry references to realityOS and xrOS. If both of these sound familiar, it’s because they have both been reported to be plausible names for the Apple headset’s operating system. Apple has long been believed to be developing an AR/VR headset, the first iteration of what’ll likely be a new pillar of technology for the company.

It was first reported that Apple’s OS that’d be powering the device was referred to as realityOS. References were discovered within App Store upload logs, providing a fairly concrete expectation of Apple’s naming convention. However, more recently, it appears as though Apple may have pivoted to using xrOS. Late last year, Bloomberg reported that the company renamed its OS. The report was unable to decern why Apple chose to rename its software. However, some believe it was simply to avoid something generic. XR could also point to “extended reality,” an obvious reference to the headset’s ability to use AR and VR.

Apple has kept its lips sealed on both the software and hardware of this new venture. However, multiple reports all point to a 2023 reveal and launch. Previously, it was largely believed that Apple would showcase the headset in January via a press event. However, production delays impacted these plans. Now, it appears as though a spring event may be in the works or at the very least a showcase during WWDC.

Apple’s headset is said to feature two 4K micro OLED displays, 3D sensing modules from LG Innotek, mid-to-low camera, eye tracking, and hand gesture controls. Plus, some are expecting the headset to support a similar processor to the M2. The headset is looked at as a potential premium product from Apple, with an estimated price tag of $3,000 USD (roughly $4,094 CAD).

Fresh off the heels of the launch of Apple's HomePod (2nd-Gen), TF International Securities' Apple analyst Ming-Chi Kuo believes a successor to the HomePod mini 2 could be on its way. In a tweet thread surrounding Apple supplier Goertek, Kuo discussed that the Weifang-based components company has "secured NPI and assembly orders" for the ‌HomePod mini‌...
Steve Vegvari
7 hours ago