Apple Maps has some work to do when it comes to transit directions in Canada, as only three cities are supported: Victoria, Vancouver and Toronto. But the next addition on the list could include the first city for Alberta: Calgary.

According to iPhone in Canada reader Steve, bus stop markers are now showing in Apple Maps when previously they were absent. Unfortunately, these markers do not include any bus times or schedules yet, but suggests a launch may be coming soon. 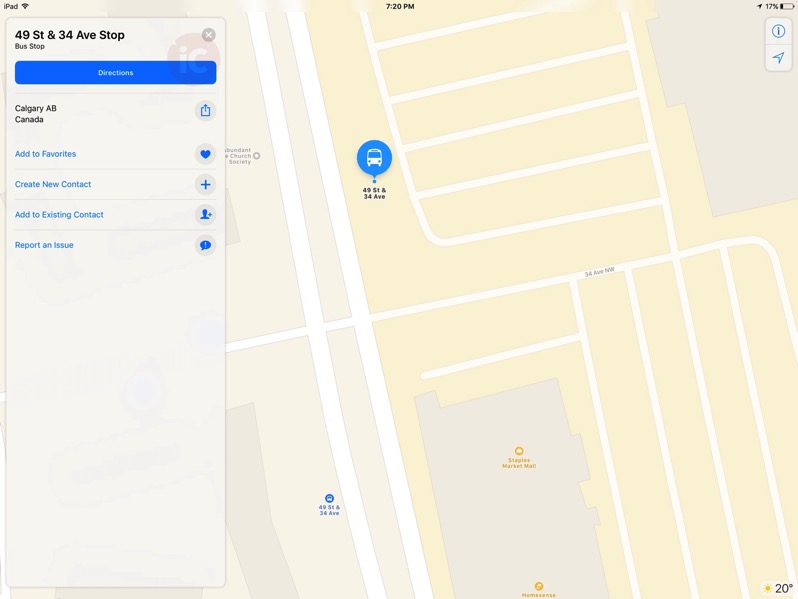 Last July, Apple officially announced Transit support for Victoria and Vancouver, while later in the fall, users saw support for Amtrak stations in Canada as well.

When iOS 9 launched in 2015, the only Canadian city with Transit view support was Toronto. Two years later, only Victoria and Vancouver are the additional cities to support transit view, sadly.

Update: Forgot to mention Apple Maps added support for Montreal and the Durham Region in the GTA last April. Oh, and Barrie and Windsor too (thanks everyone).

If you take public transit, the one app you should probably use instead of Apple Maps is Transit app, which also supports real-time crowdsourcing for select provinces.