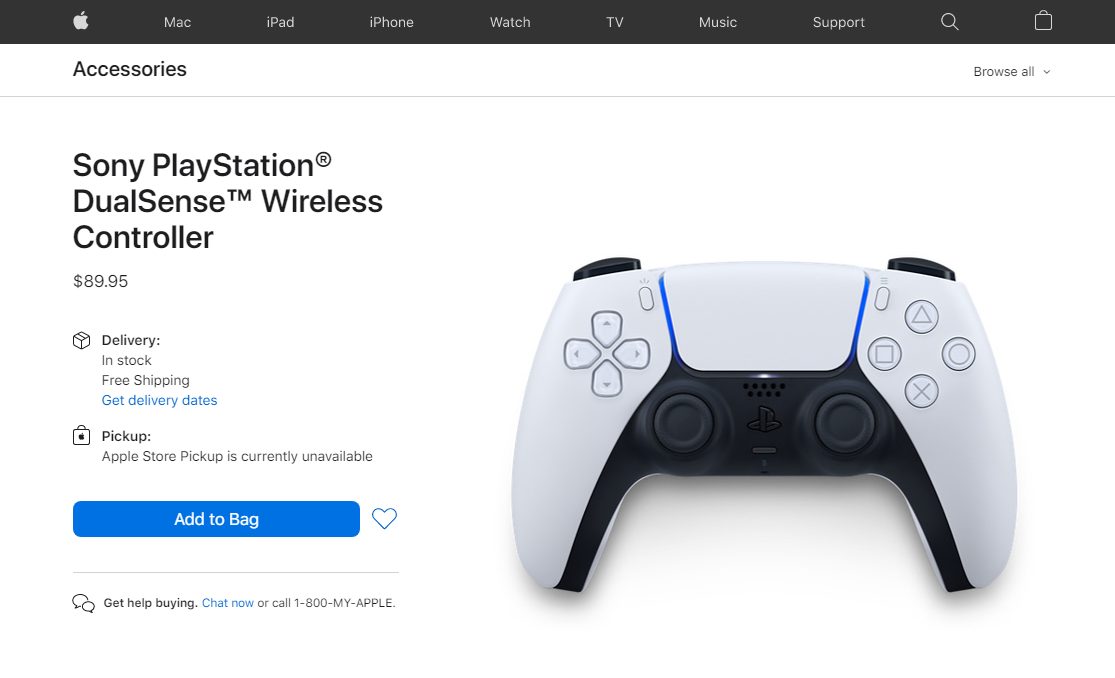 Now that both the iPhone and iPad support the PlayStation 5 DualSense wireless controller, Apple has made it available on the Apple Store. At the time of writing, the controller is in stock and selling for $89.95 CAD, which is in line with other Canadian retailers.

If you had some Apple Store gift cards kicking around, this might be the time to use them if you were looking to buy this PS5 wireless controller.

Along with the PS5’s DualSense controller, the iPhone and iPad have also gained support for the Xbox Series X wireless controller. Whether you’re Team Blue or Team Green, you can now game on the go on any iPhone or iPad running on iOS 14.5/iPadOS 14.5 or later.

Remote Play support for the iPhone and iPad was first spotted in the iOS 14.5 beta, and the launch of iOS 14.5 and iPadOS 14.5 late last month officially brought the feature to the masses.

Apart from playing games on your console through your mobile device, you can also use the PS5’s DualSense controller or the Xbox Series X controller to play native iPhone/iPad games that support MFi controllers approved by Apple for use on its devices.

In addition to the iPhone and iPad, the controller’s Apple Store product listing notes that it is also compatible with Mac and Apple TV.