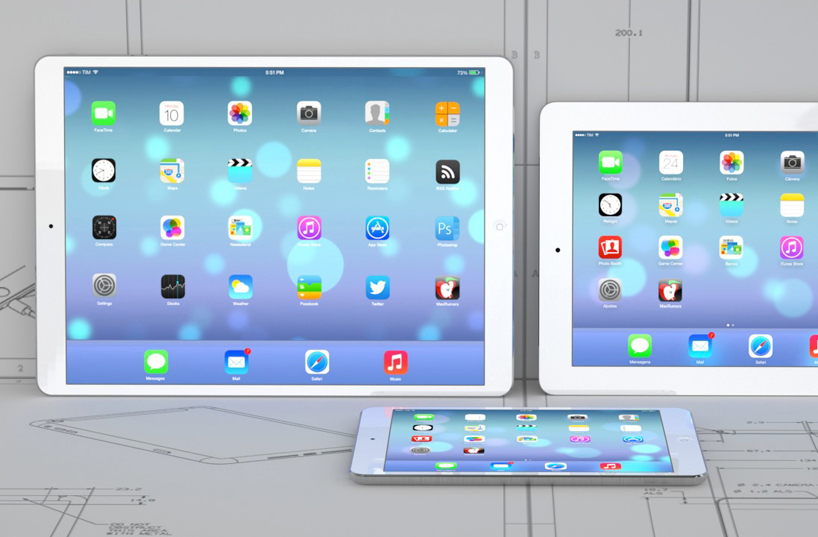 According to KGI Securities analyst Ming-Chi Kuo, Apple will reportedly release an upgraded iPad Air during 2014, however, they likely won’t release a 12.9-inch “iPad Pro” or an updated iPad mini until 2015.

Kou believes that the updated iPad Air will feature an A8 processor and a Touch ID fingerprint sensor. He believes that the company will shift its focus from the Retina iPad mini towards a 12.9-inch “iPad Pro,” which he says will debut next year or late this year with limited supply.

Compared with lower-margin iPad mini with Retina display, which shipments has been tepid, higher-margin iPad Air was a hot selling item in 4Q13, which will slow Apple in developing new iPad mini models. We believe Apple plans to launch upgraded iPad Air early this year, and will accelerate development of 12.9” iPad. As such, more resources will be allocated to these two products, which will affect the progress of the development of new iPad mini. All told, we think chances of the debut of a new iPad mini in 2H14 are slim. In addition, the 12.9” iPad is unlikely to be offered in 2014. For these reasons, we predict the only new iPad product in 2H14 will be the upgraded iPad Air.

In his research note, Kuo states that the 12.9-inch iPad will allow developers to create more immersive and interactive apps for a larger screen. He says the company’s priority is currently the development of the operating system to be used on the iWatch, which has been rumoured for a 2014 launch.

Last October, Kuo shared his thoughts about a larger iPad, stating that it will contain a 30-40 percent increase in pixel density as opposed to a larger screen. Multiple reports have suggested a Q3 2014 launch for a larger iPad, with some sources indicating that the device will be targeted towards the enterprise market.

Last night, The Game Awards 2022 was held both virtually and in front of a live audience of industry personnel. The night was dedicated to recognizing the games and studios that helped shape the past 12 months.  Host Geoff Keighley worked with a number of publishers and development teams to pack the award show with...
Steve Vegvari
9 mins ago