Some savvy entrepreneurs at the Spring 2014 Hong Kong Electronics fair has started to show off alleged iPhone 6 metal mockups and cases on display at its booth, reports Japanese site Macotakara. The site attended the fair and has posted some images and a video of what was on hand.

Below we see a booth with a banner that reads “iPhone 6 Coming Soon”: 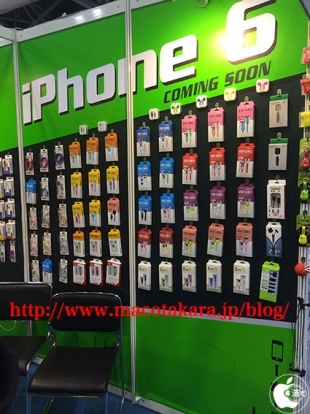 Here are some plastic molds for case manufacturers to observe and also a brushed metal mockup of the next generation iPhone: 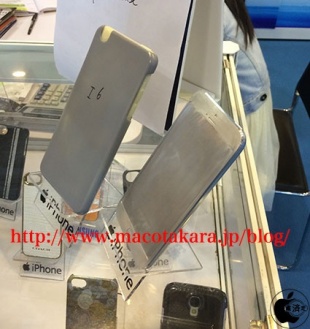 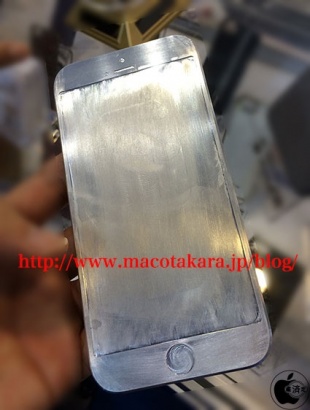 The backside here shows a circular-shaped flash as cited in supposed leaked schematics, unlike the current pill-shaped True Tone flash found on the iPhone 5s. Earlier rumours hinted the next iPhone camera may include image stabilization: 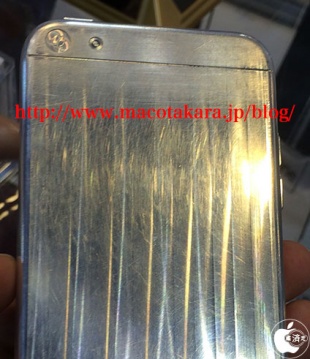 Below are recent renders based on leaked schematics, which has some similarities with the metal mold, notably the rounded design and camera/flash design: 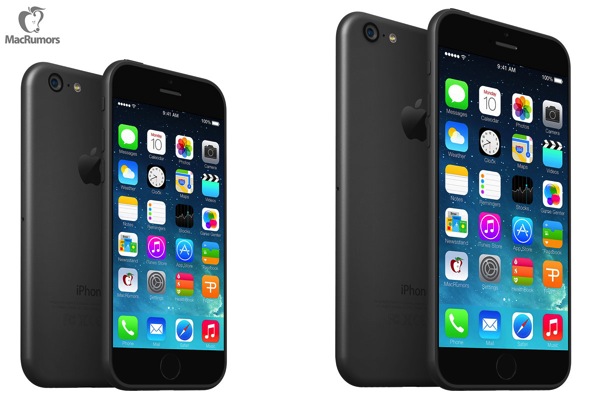 Check out the video below for more:

Earlier today we saw alleged leaks of the iPhone 6 front panel and batteries. The next iPhone is rumoured to be available in 4.7-inch and 5.7-inch models.