Now that Apple is apparently throwing out the iPhone’s clickable home button for a touch-sensitive one, the company is getting ready to unveil a whole new virtual button for the iPhone 8. 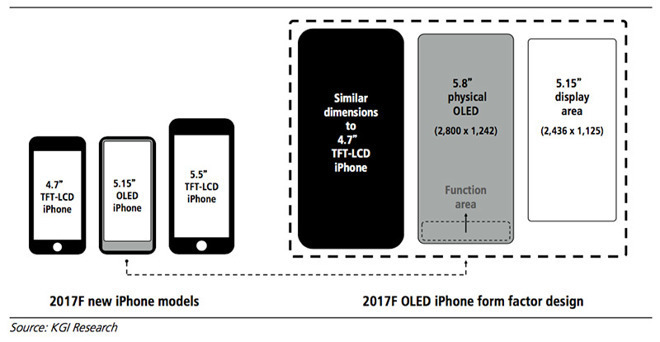 According to a new report from Apple Insider, as the uncovering of Apple secrets within HomePod firmware continues, developer Steven Troughton-Smith has revealed details on Twitter about the iPhone 8’s virtual home button, stating that it “resizes” as needed to fit certain tasks on the smartphone.

This change appears to be the result of a taller screen and smaller bezels, which pave over the button’s current territory. To replace it, according to a new report, there will be a new virtual home button area, which can morph into different sizes and hide when it’s not needed.

This news comes to us from Steve Troughton-Smith, the iOS developer who leaked the news of iOS 11’s new Files app, who is still digging up tons of information out of the Apple HomePod firmware leaked by the company in late July. In a tweet posted last night, Troughton-Smith noted a few bits of information from the leak:

We know some facts re iPhone 8 home button area:

The idea of a virtual “function area” on the iPhone 8 was detailed earlier this year in a report written by KGI Securities analyst Ming-Chi Kuo, who stated the the 5.8-inch screen on the device would have a 5.15-inch usable display.

The remaining area of the screen would be reserved for an area of virtual buttons, including a home button, but Kuo’s report never hinted that the function area might resize or be “hidden” completely whenever the UI allows it, as Troughton-Smith has discovered.

In addition, Troughton-Smith tweeted out the metrics for the upper status bar on the iPhone 8. The code further confirmed previous HomePod firmware findings that related to a “split” status bar on the device, with what’s expected to be camera and sensor hardware sitting between two virtual pieces of UI.

Designer Olivier Charavel has already used the metrics to create a mockup of what this status bar should look like on the real iPhone 8, including connection strength and a battery indicator:

Previous leaks have shown we can expect features like an all-screen front, silent notifications while you’re looking at your phone, and wireless charging. We expect to find out soon, though, as Apple typically launches its new iPhones in September.