Apple is closing the gap on Samsung’s huge smartphone sales numbers, market research firm Canalys says to the Wall Street Journal. Analysts expect Apple to report the sale of roughly 70 million iPhones for the December quarter. To put that number into perspective, Samsung shipped 78 million smartphones in the third quarter of 2014, which means about 25% of the global market. And let’s not forget that Samsung has a wide range of smartphones available. 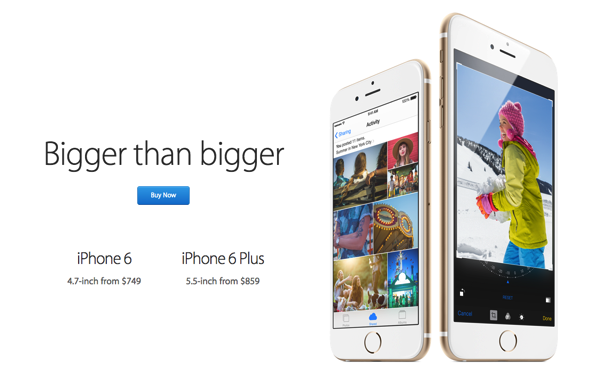 Samsung overtook Apple as the No. 1 smartphone vendor in the third quarter of 2011 and has maintained that position ever since. However, last year wasn’t the company’s best, as earlier reports have already shown.

Apple, on the other hand, is apparently riding the trend of the bigger-screen smartphone: the launch of the iPhone 6 and iPhone 6 Plus was a success, followed by high demand for both models worldwide. Recent studies published by market research firms Kantar and CIRP back that claim, as Apple’s market share has been on the rise during the past couple of months.

Tomorrow, Apple will finally reveal its sales numbers. The fact is, these reports push the expectations higher than ever: Analysts expect the company to post revenue of $67.5 billion, up 17% from a year earlier; a net income of $15.3 billion; and earnings per share of $2.58, according to Thomson Reuters, as cited by the WSJ.

Analysts are apparently betting on the rise of the average sale price of the iPhone. The fact is, Apple is not just selling more iPhones, but it is also selling more expensive units. The company has been luring customers to the more expensive models by eliminating the 32 GB version. By doing so, Apple has made upgrading to the 64 GB model more attractive because of the big difference between the entry-level and mid-tier versions.