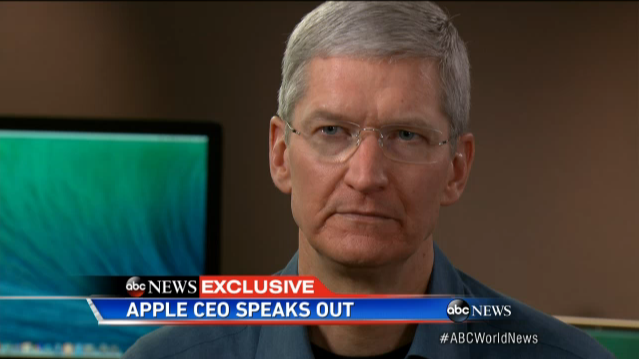 To celebrate the 30th anniversary of the Macintosh several Apple executives, including CEO Tim Cook gave an exclusive interview to ABC News.

Tim Cook made a big deal about bringing manufacturing back to the USA with the new Mac Pro. He believes that over time Apple can bring more manufacturing ‘back home.’

During the interview Cook was also asked about the NSA and said he pushed more transparency in his meeting with President Obama. He tells David Muir of ABC News that:

“Much of what has been said [about the NSA] isn’t true. There is no back door. The government doesn’t have access to our servers. They would have to cart us out in a box for that — and that just will not happen. We feel that, strongly about it.”

Apple also treated employees to a performance from OneRepublic yesterday evening at their headquarters in Cupertino.