Chipworks Reveals A Closer Look Inside The iPad Air [PICS] 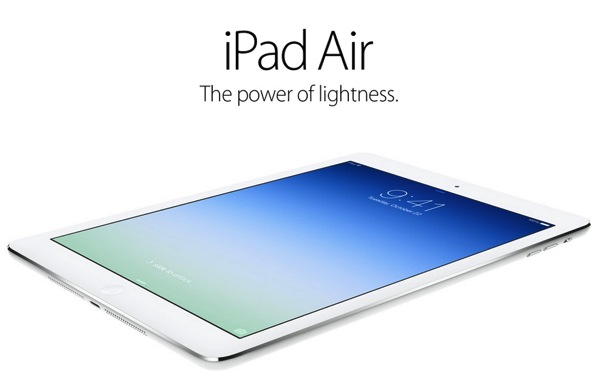 The iPad Air is Apple’s latest version of their full size, 9.7-inch, tablet. The iPad Air is powered by Apple’s 64-bit A7 processor, which first debuted in the iPhone 5S.

Chipworks has taken a closer look at the new components found in the iPad Air. The iPad Air’s Power Management IC, manufactured by Dialog Semiconductor, typically surrounded by inductors and resistors is shown in a picture below.

Fitting bigger and better cameras into a new product is a challenge to begin with, especially as the device gets thinner and lighter. The 8 mega-pixel camera found in the iPhone 5S, for example, would have taken up too much space in the iPad Air. The iSight camera which Apple has chosen to use in the iPad Air is a 5 mega-pixel, 1.4µm pixel size, back illuminated OmniVision die with OV2C2BBB die markings. The iPad Air uses the same rear-facing camera as found in the latest iPod touch, which debuted in October 2012.

The FaceTime camera is a 1.2 mega-pixel, 17.5µm pixel size back-illuminated sensor OmniVision die with OV2E0BNN die markings. The iPad Air’s FaceTime camera is identical to the one used in the iPhone 5S and iPhone 5C, which debuted in September 2013.

Die images of the iSight and FaceTime cameras are provided below, courtesy of Chipworks: 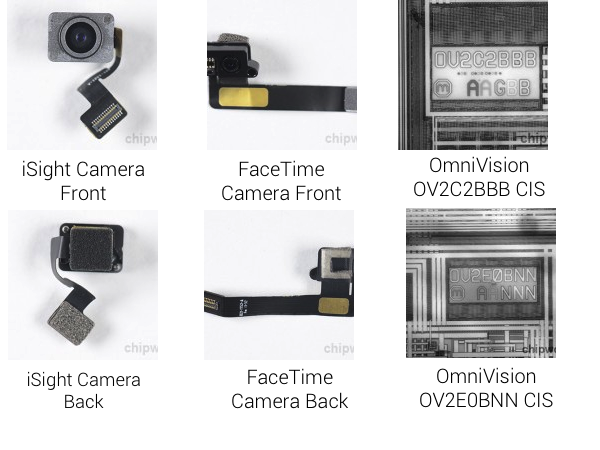 Other new designs that appear in the iPad Air are:

Here is iFixit’s teardown of the iPad Air.

The iPad Air starts at $499 [$519 in Canada] for the 16GB model and was released in 42 countries, Friday, November 1 with more countries to follow in the coming weeks. Here is an unboxing and first-look at the iPad Air.