Apple has just announced iOS 12.1 will drop on Tuesday, October 30, the same day as its special event in Brooklyn, New York:

iOS 12.1 will be available Tuesday, October 30, bringing Group FaceTime and more than 70 new emoji to iPhone and iPad. FaceTime changed the way people communicate and share important moments, and now with Group FaceTime, it’s easy to chat with more people than ever before — from 2 to 32 people. iOS 12.1 also brings Depth Control in real-time preview and Dual SIM support to iPhone XS, iPhone XS Max and iPhone XR customers. 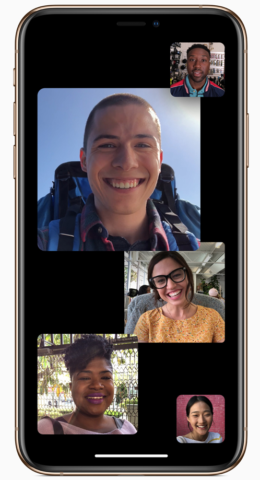 The final release of iOS 12.1 will finally bring much-awaited Group FaceTime, over 70 new emoji, plus Depth Control in real-time for iPhone XS, iPhone XS Max and iPhone XR owners, along with dual SIM support, via the launch of eSIM.

Apple is rumoured to launch new iPad Pro models with thinner bezels and Face ID support, along with a new version of Apple Pencil. Other products expected to debut include a refreshed MacBook Air with Retina display and Mac mini updated for professionals.

Great to be back in NYC. See you tomorrow morning in Brooklyn! #shotoniphoneXR pic.twitter.com/98XxwjMMAw

Netflix has announced today they are rolling out the ability to great game handles, which are public usernames that can be used across the company’s slate of mobile games on iOS and Android. Supported games will have leaderboards such as Rival Pirates, Dominoes Café and Lucky Luna. How to create your Netflix game handle? It’s […]
Gary Ng
35 mins ago

Apple today started rolling out iOS 16.1 beta 3 for developers, with a public release of the build expected soon. YouTuber zollotech rounded up all of beta 3's changes in a recent video. iOS 16.1 beta 3 comes with a modem update that could resolve connectivity issues for users that were facing any, and other notable...
Nehal Malik
39 mins ago