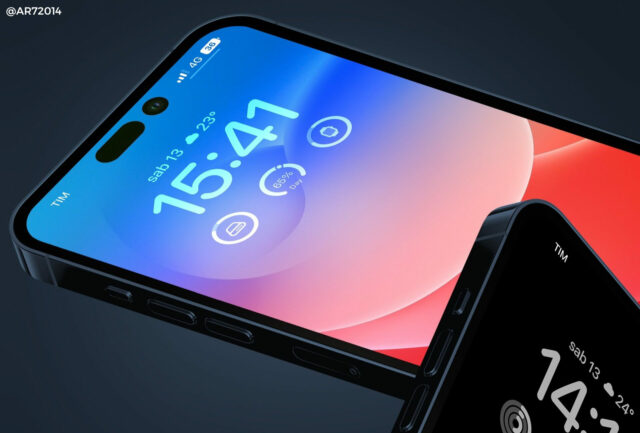 Some new concept images rendered by graphic designer and iOS beta tester AR7 (@AR72014) showcase what an iPhone 14 Pro (or Pro Max) in Apple’s Migtnight colourway might look like with iOS 16 (via 9to5Mac).

We’ve seen several iPhone 14 dummy units so far that demonstrate the physical differences we can expect from this year’s lineup. However, we haven’t seen much of what the software side might look like.

iOS 16 is currently in beta. It will start rolling out alongside the iPhone 14 lineup, which Apple is expected to unveil next month.

AR7’s renders imagine what Apple’s upcoming iteration of iOS could look like on the company’s upcoming iPhones, complete with the new lock screen widgets and improvements. The iPhone units in the concept images even sport the new “hole + pill” cutout on the front that will replace the display notch, but only on the Pro models. 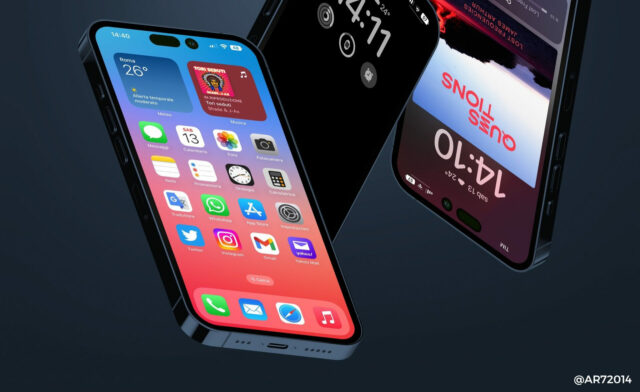 You can even spot the new battery percentage indicator, a new iOS 16 feature, in the status bar.

Apple’s iPhone 14 Pro series is expected to get significant hardware upgrades beyond just the new display cutout, including the next-generation A16 Bionic chip and a bigger, 48-megapixel camera array on the back.

What do you think about the iPhone 14’s software aesthetic? Let us know in the comments below.