During the past few months we have discussed the iPhone 6’s battery several times. One day before the Apple event, the rumours are back with a new video allegedly showing the iPhone 6 Air battery. However, since there is placeholder text on the unit, this is just a sample; we cannot confirm whether this is indeed the battery of choice for the iPhablet. 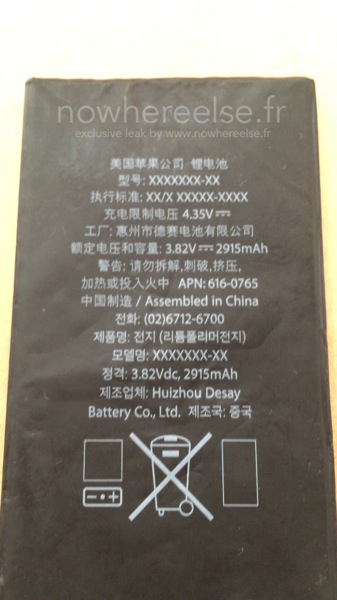 Actually, this is the same alleged iPhone 6 component we’ve seen earlier last week, now shown on video. Once again it shows the 2915mAh battery unit earlier reported as the one that will power the 5.5-inch iPhone unveiled tomorrow.

The capacity shown here is much higher than the one rumoured to be part of the 4.7-inch iPhone 6, and almost double that of the battery capacity of the iPhone 5s.

Apple is widely expected to unveil two new iPhone models tomorrow during a media event that will take place at Flint Center in Cupertino. On top of a bigger battery, the handsets are said to feature other improvements such as optical image stabilization, up to — thanks to LTE-A connections — 150Mbps download speeds, and much more.