Is This an iPhone 5S Display Assembly During Production? [PIC] 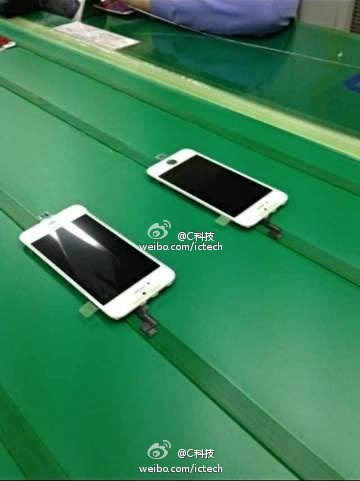 Following several reports about iPhone 5S components, a Chinese microblogging site, Sina Weibo (login required), has posted an image showing what they claim to be the display assemblies for the iPhone 5S (via MacRumors).

The small image seems to be in line with earlier image leaks showing the iPhone 5S display assembly, as the redesigned flex cable connectors — which are reportedly part of a yet unreleased iPhone — are clearly visible on the above picture.

Also, the image suggests that the mass production of the Phone 5S display assemblies have already started, reinforcing earlier rumours claiming the next-generation iPhone display will hit mass production as early as this month. This could also suggest that the highly anticipated handset will be available earlier than expected, but as iOS 7 will only reach customers this fall, we can expect the handset alongside the launch of Apple’s redesigned mobile OS.

As of now, we could see image leaks of an iPhone 5S prototype, suggesting that Apple will opt for an A7 chip alongside a larger battery. If the rumours are correct, the next-generation handset will feature a 12 MP camera, with dual-LED flash.