It looks like we might have our first look at what could be next year’s iPhone 15 before we even flip our calendars to 2023. In a recently published video, YouTuber AppleTrack (formerly known as iupdate) shared what is allegedly one of the first concepts for Apple’s iPhone 15 lineup, based on exclusive renders designed by Concept Central.

The renders are based on what AppleTrack knows about the iPhone 15 so far. 2023 is expected to be a big “super-cycle” year for the iPhone, given Apple’s track record of giving it a major facelift every three years.

According to recent reports and the latest renders, the iPhone 15 will come in a titanium chassis with curved glass on the rear. Also on the rear, Apple will ditch the protruding camera island from the three previous generations for individual lens bumps. 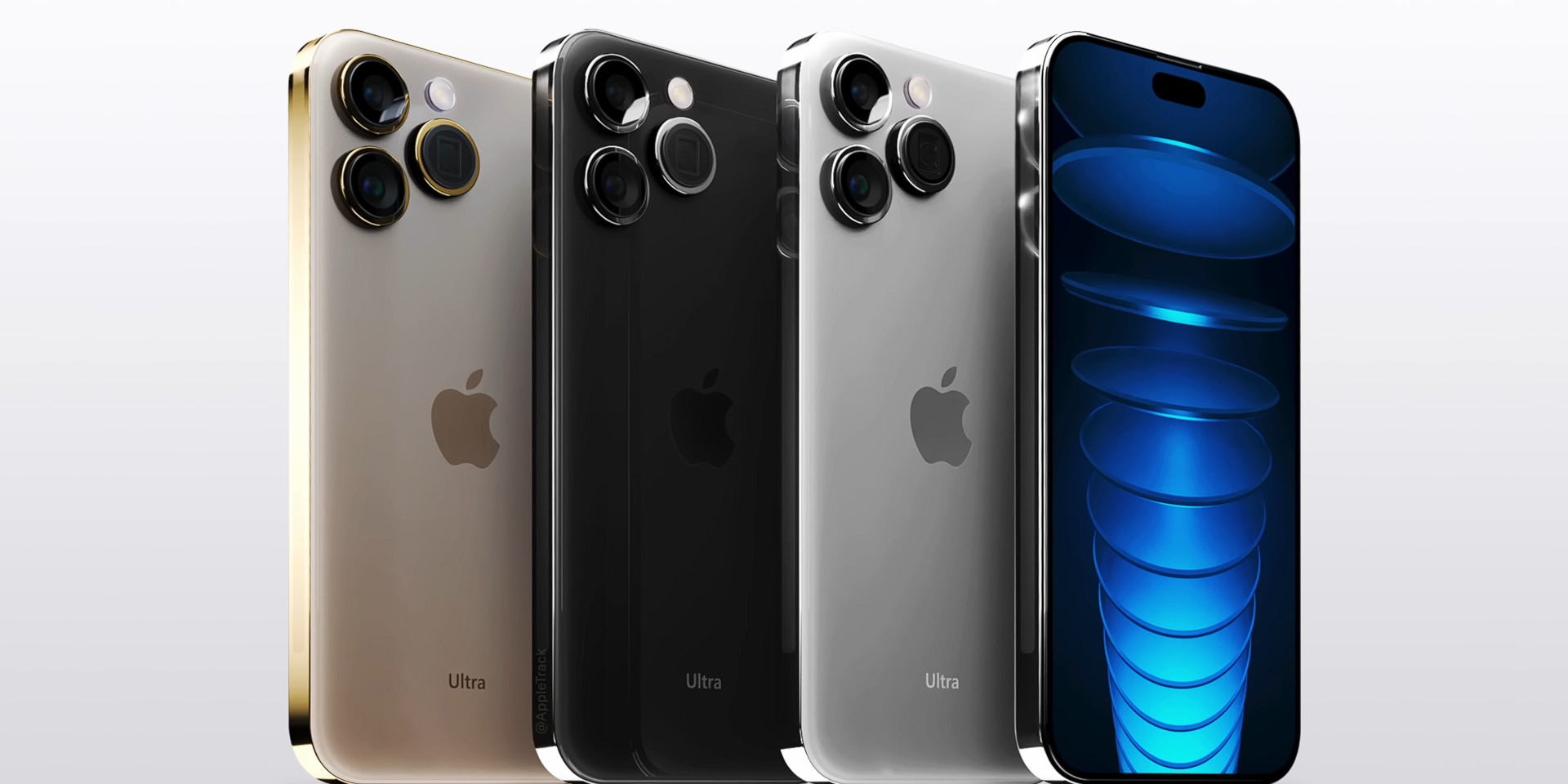 Speaking of which, the iPhone 15 will get a significant camera upgrade thanks to an all-new sensor from Sony and a telephoto camera with a periscope lens.

All of next year’s iPhone models will reportedly get rid of the display notch and inherit the Dynamic Island cutout from the iPhone 14 Pro models. The renders, which depict an iPhone 15 “Ultra” (Apple is expected to rebrand the “Pro Max” model to “Ultra” next year), seem to indicate that the pill-shaped Dynamic Island cutout could also be smaller.

In addition, Apple will finally axe the proprietary Lightning connector next generation, adopting a USB-C port instead. The higher-end “Pro” (and possibly “Ultra”) models will also feature Thunderbolt 3 support.

Check out AppleTrack‘s full video below:

We also may see solid-state Power and Volume buttons with haptic feedback on next year’s iPhone 15 — on the higher-end models, at least. Apple isn’t expected to unveil its next lineup of iPhones until September 2023, so stay tuned for updates.